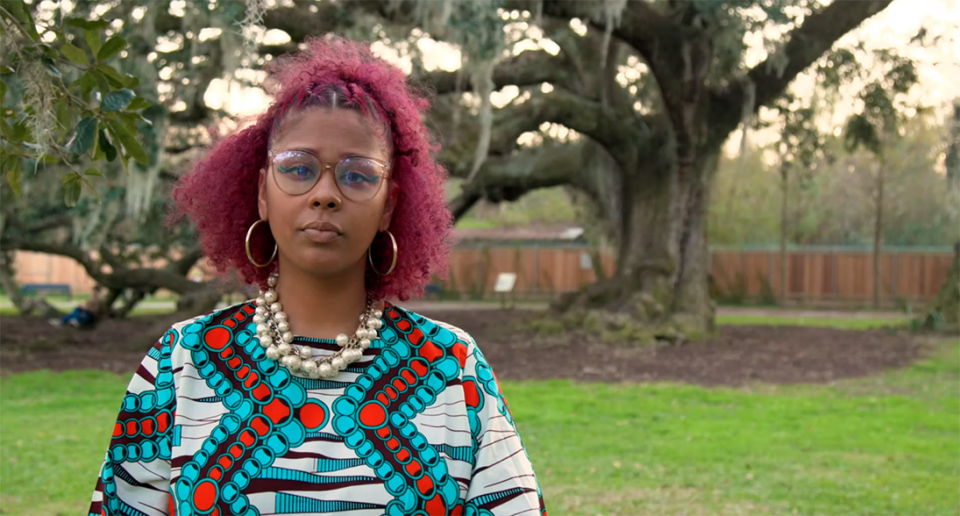 Nicolette Marie Peñaranda started dreaming about a new Black History Month project shortly after she began her role as ELCA program director for African Descent Ministries in 2021. She had heard that Vance Blackfox, ELCA desk director for American Indian Alaska Native Tribal Nations, was visiting Indigenous ministries across the country. Some stories from those ministries appeared on the ELCA’s social media channels during American Indian and Alaska Native Heritage Month. Peñaranda wondered how she could do something similar for African Descent Ministries.

She wanted to immerse herself in those ministries, then give the church a way to celebrate the future, present and past of Black Lutherans. “Black Lutheranism has been around as long as the American Lutheran tradition,” Peñaranda said.

Eventually the project, “Talks at the Desk,” took shape. The first element is a series of profiles that will be shared on the African Descent Ministries and ELCA social media channels throughout February. Peñaranda collected quotes and stories from nearly 30 rostered ministers, elders, young people, musicians, artists, gardeners and more. The second component is a series of four videos premiering each Wednesday in February at 7:30 p.m. Central time, available to watch live on Facebook, stream on YouTube and Vimeo, or download from the African Descent Ministries’ webpage.

In the videos, Peñaranda talks with diverse members of the ELCA African descent community and allows them to share their sacred stories. Those conversations took some unexpected turns. Peñaranda visited pastors Angela !Khabeb and Jia Starr Brown in Minneapolis knowing that she wanted to ask about their activism work. However, when the three sat down in the same room, they ended up talking for two hours. They did discuss social justice, but they also lamented together about the challenges they face as Black women leaders in the church.

When Peñaranda visited Minneapolis, she was prepared to talk about George Floyd. But when she visited Baltimore, she wasn’t expecting to talk about the 2015 killing of Freddie Gray—yet it came up in two separate interviews. Likewise, when she visited New Orleans, she didn’t anticipate how much she would learn about the impact of Hurricane Katrina. She witnessed the ways the storm is still shaping faith communities nearly 20 years after it struck the city. “I realized how these time stamps on the suffering that we have faced outside of the church are time stamps for us even inside of the church because it was directly related to their work,” Peñaranda said. For the people she spoke with, current events, politics and faith are inextricably intertwined.

“Black Lutheranism has been around as long as the American Lutheran tradition.”

Peñaranda describes “Talks at the Desk” as, first and foremost, a love letter to members of the African descent community. The vulnerability and openness on display in the video series is “for them,” she said. If no one outside of that community sees the series, that’s OK with her. Her primary goal is to allow ELCA members of African descent to see themselves as “the focal point of the church for a second—just a second.”

Yet, she still wants everyone in the church to see these stories and engage with them in multiple ways. She hopes they open viewers’ eyes to the array of experiences and expertise already available within the church. The series highlights ministries combating homelessness, running successful youth ministries and impacting their communities in other creative and courageous ways. “We don’t have to outsource for that,” Peñaranda said.

At the same time, she also wants viewers to know that the project isn’t a comprehensive survey of people or views in the ELCA’s African descent communities. “This is incomplete,” she said. “We are not monolithic.”

Peñaranda also hopes that “Talks at the Desk” gives Lutherans a way to move forward as a whole church. She knows some conversations in the series will be difficult for people to hear. For example, she doesn’t want people to hear the conversation “In Black Girl Magic” about the difficulty of being a Black woman leader in the ELCA and say, “Well, then, they should go to another denomination.” Instead, Peñaranda wants white viewers to ask themselves how they can walk alongside their Black siblings better.

An accompanying discussion guide and a list of resources has also been created to help individuals and congregations begin those conversations with one another. Ultimately, Peñaranda said of the project, “I really hope people see it as an invitation for us to figure out how we can continue to be church together.”