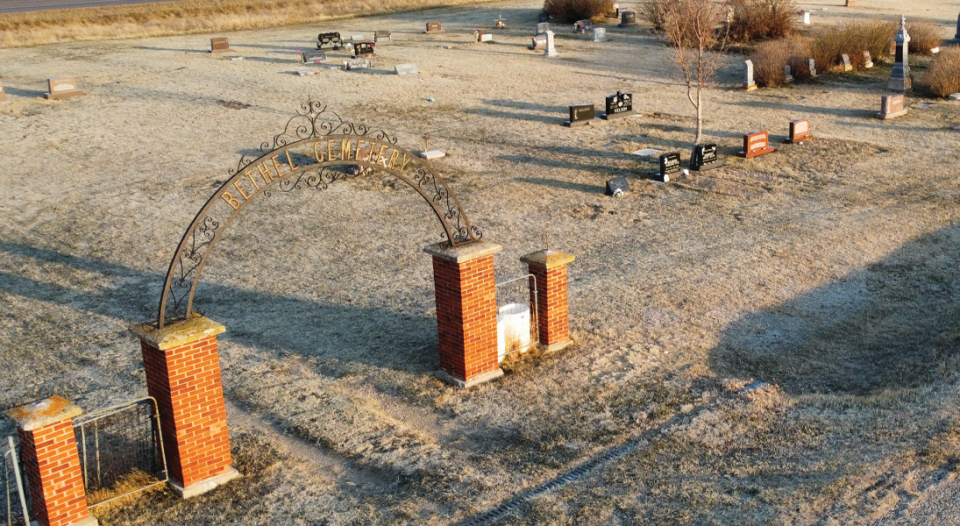 Murray Sagsveen, volunteer counsel for the Western North Dakota Synod, has helped congregations determine ownership of cemeteries that once belonged to now-closed churches. He confirmed ownership of Bethel Cemetery by United Lutheran, Zahl, N.D., and the congregation now receives royalty payments from companies pumping oil beneath the cemetery.

Church cemeteries can be fertile fields for murky ownership and upkeep issues, but retired North Dakota attorney Murray Sagsveen is doing all he can to ensure that hallowed ground receives the stewardship it deserves.

“I would say about Murray Sagsveen that he is a master of untangling messes,” said Lisa Lewton, pastor of St. John Lutheran Church in Dickinson, N.D. “We are very grateful for Murray’s wisdom in our synod.”

Sagsveen is the volunteer counsel for the Western North Dakota Synod and a member of Lutheran Church of the Cross in Bismarck, at the southeast corner of a petroleum-rich geological feature known as the Bakken Formation.

A rock unit hundreds of millions of years old and covering 200,000 square miles, the Bakken Formation is why North Dakota ranks behind only Texas in U.S. oil production. It’s also how Sagsveen got into the church cemetery mess-untangling business.

“In 2018 I got a call from a landman representing an oil and gas company,” Sagsveen said. “He said, ‘We’re pumping oil under two cemeteries in northwestern North Dakota. Who do we pay royalties to?’ I didn’t have a clue.”

The cemeteries had been established by Lutheran churches that had long since closed.

“I did some research, which ended up being fairly complicated,” he said. “And that research resulted in [royalty payments] for two cemeteries not too far from each other. Royalty payments from one went to the ELCA, and from the other they went to the Western North Dakota Synod.”

Sagsveen’s sleuthing had led him to the part of the ELCA constitution that spells out what happens when a church is shuttered without appropriately disposing of its real property. If a church closed before the ELCA launched on Jan. 1, 1988, its real property and assets went to the ELCA; if it closed afterward, they now revert to its synod.

More detective work followed, which included digging into the ownership of every cemetery associated with a closed congregation in the synod and reviewing North Dakota’s unclaimed property website to see if the state held assets belonging to any of the cemeteries.

“That got me totally involved,” Sagsveen said. “I have files on a couple of hundred cemeteries in western North Dakota.”

One of those is in Zahl, where a Lutheran congregation formed in 1915; Bethel Cemetery followed a year later. Over the next century, the congregation underwent name changes and mergers, and articles of incorporation on file with the state sometimes went unamended.

Enter Sagsveen, whose investigative work paved the way for United Lutheran Church in Zahl to collect about $1,000 a year in oil money—cash that can help keep the cemetery mowed and weeded.

“I never imagined that in retirement I’d be spending much of every day working with cemetery issues, but it’s fascinating,” he said. “You walk through and look at the names and the ages and think of those stories.”

Another of Sagsveen’s cases is the cemetery near where Lewton serves. The cemetery had been founded by German Christ Lutheran Church, which closed in 1956, and was being cared for by a St. John member with family buried there.

After questions arose about who actually owned the cemetery and was in charge of its upkeep, St. John looked into the matter but found nothing to resolve the “immense confusion about who was responsible for the property,” Lewton said. “Murray had to dig really deep in any documents he could find among ELCA and state of North Dakota files to get to the bottom of who would be stewarding that cemetery.”

The volunteer caretaker ended up buying the cemetery for $1 from St. John after the ELCA conveyed its interest in the land to the church.

“From a theological perspective, taking care of cemeteries is important because it shows our commitment to the resurrection of the body,” said Josh Parris, pastor of United. “These are holy places, and caring for them shows we believe death is not the end of our story. I really, really appreciated working with Murray.”

Sagsveen said more than half of North Dakota’s 1,860 cemeteries lie in the western part of the state. And roughly 50% of the 160 congregations in the Western North Dakota Synod are cemetery owners and/or caretakers.

“In one county, there are only two Lutheran congregations left and, collectively, they are taking care of 34 rural cemeteries,” Sagsveen said. “That’s absolutely amazing. But what happens if one of those closes? That’s what I’m concerned about as I think more and more about the larger issue.

“Across the ELCA world, is North Dakota the only situation where a synod is finding it owns abandoned church buildings and abandoned cemeteries, or is this an ELCA issue? It’s an issue that has not been directly addressed. As a synod, we’ll be addressing it at our synod assembly in 2022.”

Sauntering to the cemetery

Attorney carves career in being a foodie