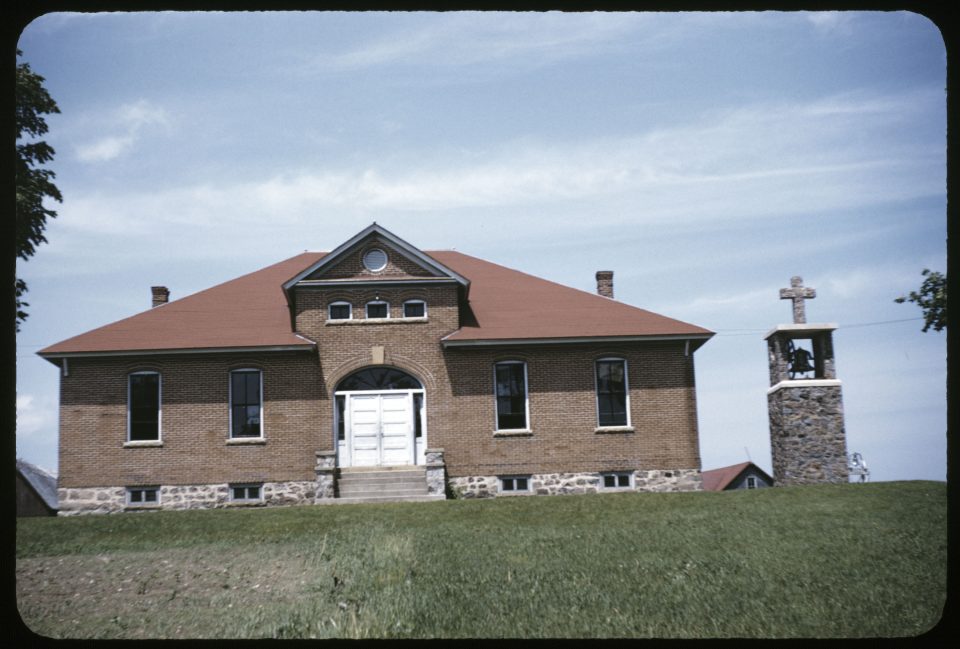 As part of the church’s efforts toward reconciliation with Native Americans, an ELCA truth-seeking and truth-telling initiative has been organized around Lutheran involvement in Indian boarding schools in the United States.

“There is no doubt that our church, that Christians in the U.S., are complicit in the egregious perpetration of Indian boarding schools and all the genocidal effects they had on Indigenous people and tribal nations over time and still today,” said Vance Blackfox, ELCA director of Indigenous Ministries and Tribal Relations. “Sadly, such a small percentage of the U.S. population even knows that the Indian boarding school era happened or that it lasted for nearly 150 years. It’s important that the membership of the ELCA no longer sits in that ignorance so that healing for both Native and non-Native people can happen.”

The ELCA previously stated its complicity in the operation of Indian boarding schools in the United States when it released “A Declaration of the Evangelical Lutheran Church in America to American Indian and Alaska Native People” on Oct. 11, 2021—Indigenous Peoples’ Day. The declaration included confessions and pledges to American Indian and Alaska Native communities in the ELCA and the United States and to non-Indigenous communities in the ELCA.

“The work is urgent”

The initiative marks the ELCA’s first organized effort to research the church’s connections to and support of the schools. At press time, 15 synods had been selected to initiate this work, which is open to all rostered and lay individuals and calls particularly for skills in research, data collection and community organizing. Participants will work to identify primary and secondary sources of information about Lutheran involvement in the schools.

“It’s important that the membership of the ELCA no longer sits in that ignorance so that healing for both Native and non-Native people can happen.”

“We want people across the denomination—initially in 15 synods—to encounter the truths themselves, to put their feet on the path of a very concrete truth-and-healing effort and to become a cadre for truth-telling to other Lutherans in their congregations, synods and families,” said Elizabeth Andress, co-leader of the initiative with Blackfox. “This approach allows us to begin now, not waiting for some kind of budget appropriation or other measure before taking the first steps, as the work is urgent. The organizing effort is to bring people concerned about the legacy of Indian boarding schools to come into relationship with one another for mutual learning, support and collaboration.”

In a related effort, ELCA advocacy encourages members to urge Congress to pass the Truth and Healing Commission on Indian Boarding School Policies Act. The act would provide for a formal investigation into Indian boarding school policies and their lasting impacts. If the legislation becomes law soon, Blackfox said, the commission will likely request records from religious organizations. The ELCA will want to share as much research as possible for the sake of the survivors of the schools, their descendants and tribal nations, he added.

Blackfox and Andress stress that the research conducted through the new initiative is vital because understanding the extent of the church’s involvement in the schools is necessary for authentic healing.

“When I learned about church involvement in Indian boarding schools and their devastating impact on children, their decimation of culture and how so much of the brokenness the white culture perceives in Indian communities ties back to the experience at these schools, I knew I wanted [and] needed to be involved in some way,” Andress said.

Blackfox added, “Wouldn’t it be incredible if we had enough clergy and laypeople involved in this particular work that it created a movement in our church, one strong enough that all 3 million-plus members knew the truth about Indian boarding schools so that healing and justice happened? What a witness that would be.”