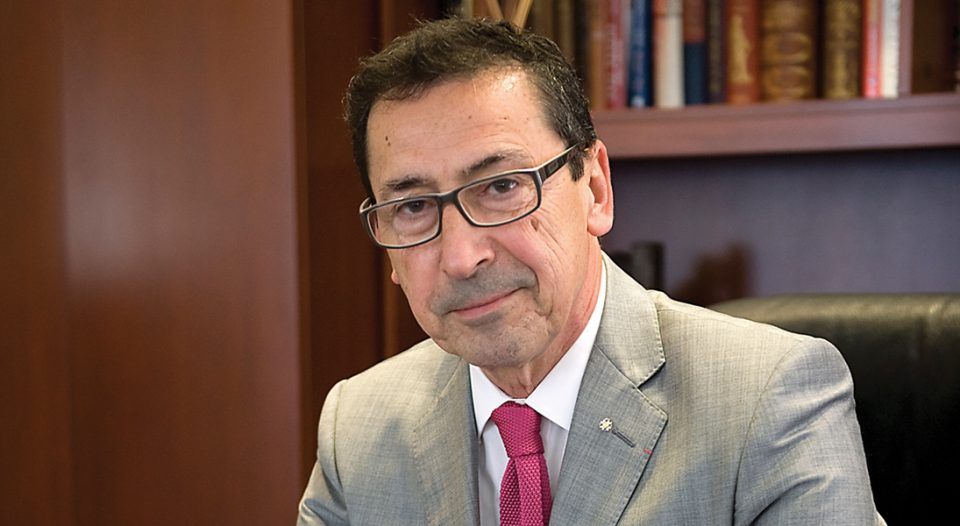 “We have an optimistic faith. Easter is our big day, celebrating rebirth, which is a good thing to think about when times were as bad as they were after 9/11,” said Dan Nigro, New York City Fire Department commissioner and member of Church of Our Saviour Lutheran, Manhasset, N.Y.

The tragedy isn’t the end

While a lot has changed in the 15 years since 9/11, some things are still too familiar for Daniel Nigro, commissioner of the New York City Fire Department and member of Church of Our Saviour Lutheran, Manhasset, N.Y.

“We are still attending funerals on a regular basis,” Nigro said. “We’ve lost 127 people since 9/11 to 9/11-related illnesses. We are regularly dedicating plaques in firehouses. It has never ended for us.”

“For all too brief a period of time, the city and country came together because of this tragedy and it was very heartwarming,” Nigro said, reflecting on the days immediately following 9/11. “It wouldn’t hurt for us to be unified again in that way today.”

Regarding the 15th anniversary of the attack, Nigro said there is uneasiness in the fire department every year surrounding Sept. 11.

“Every anniversary is pretty much as sad as the last,” he said. “There’s a certain anxiety that comes over the summer for most of us who had a personal involvement as the anniversary approaches. Tension rises as the date comes close. I don’t think that will change for the 20th or 25th anniversaries either.”

Nigro’s faith and church community have helped him stay strong amid the tragedies he’s witnessed and his changing leadership responsibilities.

“It’s always comforting to be around other folks who care about you, and the church is a good place to find those people,” he said. “I have faith that there is something bigger than us, better than us, even in terrible times. The tragedy is not the end. The end will be something much better than that.”

As the head of the largest fire department in the country and the second largest in the world, Nigro’s leadership comes with immense responsibility, which is especially prominent during 9/11 anniversaries.

“As tough a day as it is, for me I’m proud to now be the commissioner of this department and I will do the best I can this year to get us through it,” he said. “I think that each year we should try to concentrate not on the awful tragedy but the families who suffered loss, those who still lived that day and are still deeply affected by it. Tell them that we care, that we are there for them and that we have not forgotten them.”