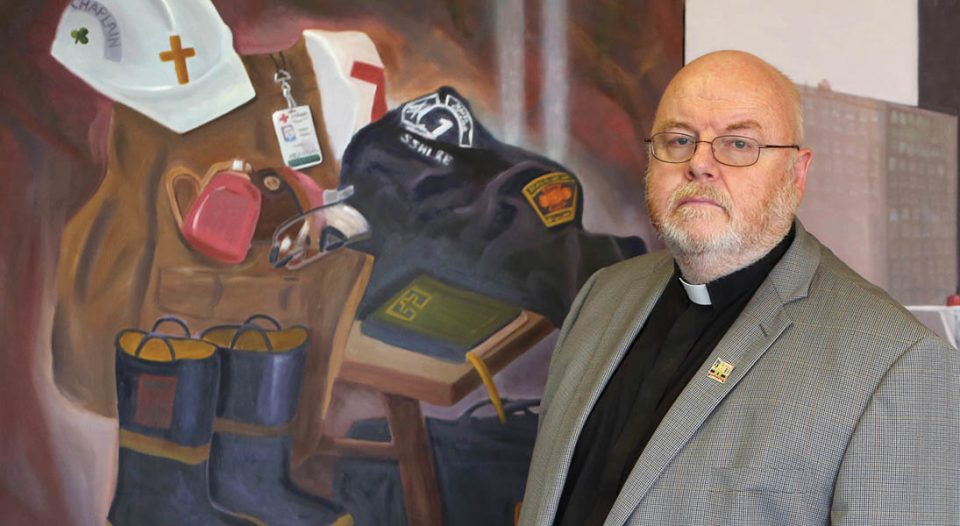 Tom Taylor, a counselor and pastor of St. John Lutheran Church, Lindenhurst, N.Y., continues to work with people who are dealing with 9/11 post-traumatic stress disorder.

Taylor was a fire department chaplain on Long Island when clergy were requested to volunteer at ground zero. He spent several months blessing body parts and comforting those who found them.

“I still counsel people,” he said. “Interestingly enough, about six months ago someone came to see me who worked near Wall Street. He didn’t develop 9/11 PTSD (post-traumatic stress disorder)-like symptoms until 2007 and it’s been all downhill from there, both physical and emotional issues.”

Why some people still feel trauma and pain while others have moved on is puzzling, Taylor said, but one thing is certain: everyone responds differently.

“Anyone down there was traumatized to some degree,” he said. “Why do some get PTSD and others don’t? That depends on us.

“I can say this with confidence: 15 years later there are many responders, New York City residents and people who worked at ground zero who still have not been able to face the traumatic stress of that day and the months after. The work is not done.”

Taylor, too, still gets emotional, especially when he thinks of the thousands of first responders who have since died from cancers, lung diseases and other illnesses.

He will mark the 15th anniversary with a service at St. John that will memorialize Lindenhurst’s seven residents who died. The congregation is planning to exhibit the drawings of John Coburn, a Canadian artist whom Taylor met at St. Paul’s Chapel near ground zero.

“The effects of 9/11 are ongoing,” Taylor said. “It’ll be interesting to see the dynamics of 15 years later.”