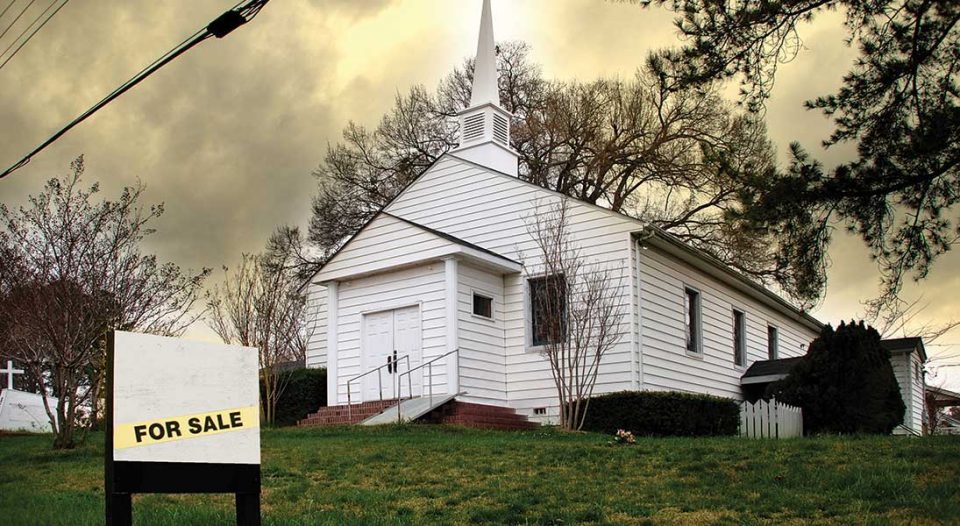 “If your church closed its doors tomorrow, would the surrounding community notice?”

I imagine many of us have heard this line. It’s meant to encourage a congregation to be an active presence in their community, which is fine. In another sense, it can also be a serious guilt trip. It can make small congregations and their leaders feel like they aren’t doing enough.

Karl Vaters, author of The Grasshopper Myth: Big Churches, Small Churches and the Small Thinking that Divides Us, says more than half of all Christians in the world are involved in small congregations. That’s 1 billion people. Still, small congregations are often told they must be big to do important ministry.

It’s sad when a congregation of any size closes, but that’s not really the point of the question. It’s actually asking, “Does the surrounding community know your congregation for something in particular? What makes you stand out?” But those questions are based on competition.

When it comes to selling a product, competition is the name of the game. You want the customer to buy your product instead of the one next to it on the shelf. The local congregation’s role, however, isn’t to compete but to proclaim the good news of Jesus Christ. We aren’t in this to stand out—we are in this to proclaim the name of Jesus.

We aren’t in this to stand out—we are in this to proclaim the name of Jesus.

Does your congregation, regardless of its size, proclaim the name of Jesus? Do you share the love of God? Do you let people know that, in the midst of this hard life, God is still with them? If so, then keep doing what you’re doing.

Yes, if you’re part of a small congregation, the surrounding community may not always know about you. But remember, throughout the Bible, God had a tendency to work through people whom others didn’t expect.

I’m not saying that we shouldn’t pay attention to the people in the community. Rather, I’m saying church members, regardless of how many there are, need to hear and proclaim the good news too.

Because of that, small congregations have a special calling. We aren’t the church version of Wal-Mart—and shouldn’t be. We’re much more like the mom-and-pop store—the one that knows the people who enter, helps them find what they’re looking for, and sends them out with something they treasure.

That’s not to say that the small congregation is better than a bigger one simply because it’s smaller. Again, it’s not about competition. It’s about doing what God has called us to do. Big congregations play an important role—but so, too, do small ones.

So I pray that your church never closes and God continues to bless your congregation’s ministry. I also pray that, amid everything that tells us to stand out and be noticed, you remember that it’s not about recognition. It’s about Jesus. If he is your focus, then it doesn’t matter what size you are. Even if the surrounding community doesn’t always know about you, there are still people who know about Jesus because of you. And isn’t that the point anyway?