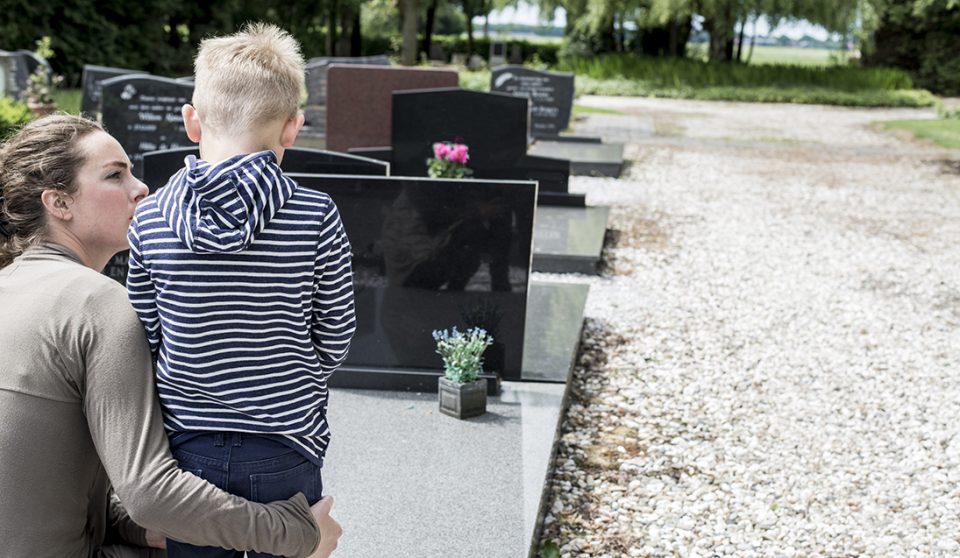 Many of the best children’s stories start with death. Often it is the death of one or both parents. Roald Dahl’s James and the Giant Peach stands out for dispatching James’ parents in the fifth line with, “Both of them suddenly got eaten up (in full daylight, mind you, and on a crowded street) by an enormous angry rhinoceros which had escaped from the London zoo.” Stories like this encourage children to imagine what life looks like after death for those who remain living.

Many children, however, don’t need a story. They’ve already been touched deeply by the deaths of those around them, and they are trying to figure out what death means. Deaths take place every day in the lives of our communities, whether expected or unexpected, tragic or a mercy.

Perhaps death should not be the rampaging rhinos of children’s stories. Instead death could be one truth of people’s lives, a truth we talk about openly with our children. Yet it is hard for parents and congregations to talk about death.

One opportunity to talk with your children about death comes in early November with the arrival of All Saints Day. Your congregation will likely say prayers for those who have passed this All Saints Sunday. As Lutherans, we believe that Christ has conquered death, so let’s not be afraid to talk about it.

Life is a thin line, easily broken. If we do not prepare our children to cope with death, we are not preparing them to fully live.

As Lutherans, we believe that Christ has conquered death, so let’s not afraid to talk about it.

J. Arthur Blyth
Blyth is the father of two young children and is married to a pastor. He does other things, kinda sorta, when nobody has skinned a knee.