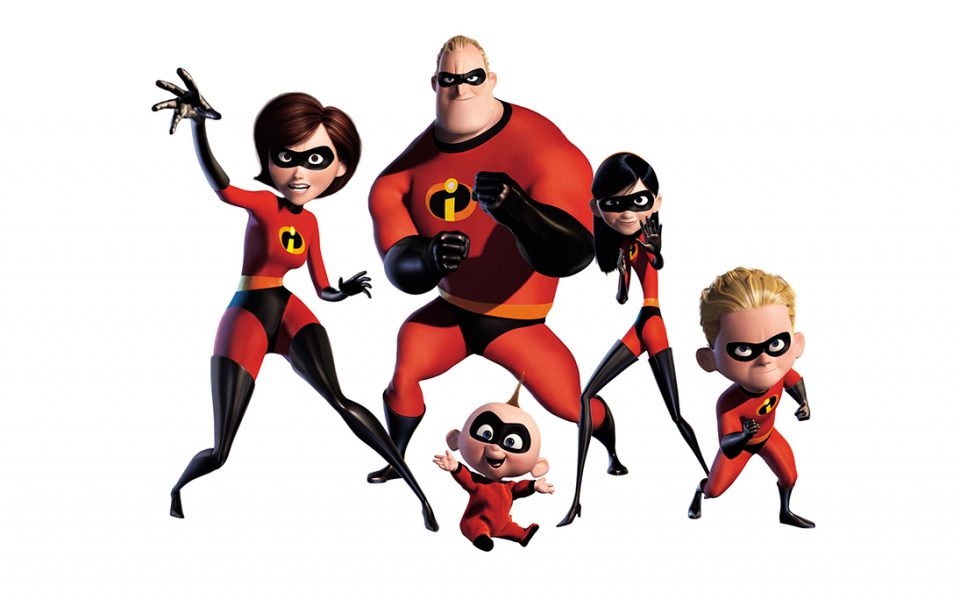 That’s important advice for Bob, who got to resume his career as the superhero Mr. Incredible in the 2004 Pixar film The Incredibles. But in the new sequel, Bob needs to stay home and tend to the kids, while his wife, Helen (voiced by Holly Hunter), embarks on adventures as Elastigirl. If she’s successful, then superheroes can once again legally fight crime, making the world safer.

Like its predecessor, Incredibles 2 is a study in heroism. But where The Incredibles sometimes implied that only super-people should do super things, the sequel wants everyone to be super. In fact, the villain Screenslaver (voiced by Bill Wise) fears that the legalization of superheroes will prevent that goal. In a monologue that interrupts a news report about Elastigirl, Screenslaver mocks viewers for standing by and watching her “confront problems you are too lazy to deal with.”

At first glance, Screenslaver has a point. It seems like we live vicariously through people doing big things. And while social media makes us all more aware of large-scale problems, it can also be overwhelming. We’d prefer to let superstars handle the mess, because there’s seemingly nothing regular folks can do about it.

But Bob’s subplot in Incredibles 2 counters that thinking. Where the powerful Mr. Incredible has no problem fending off baddies like Syndrome or Underminer, he finds himself stymied by his son’s math homework and his daughter’s romantic problems, to say nothing of his rambunctious toddler Jack-Jack. None of the kids presents physical difficulties—save Jack-Jack and his array of uncontrollable powers—but caring for them is a mental battle. Mr. Incredible doesn’t see what’s so incredible about managing the household.

But over the course of the movie, he realizes that his tiny actions with his kids have larger reverberations, not just because they allow his wife to save the day. He’s making the world a better place by doing good where he’s at, serving those he encounters.

He’s making the world a better place by doing good where he’s at, serving those he encounters.

This lesson appears throughout the Bible, in stories such as the parable of the good Samaritan and Philip’s encounter with the Ethiopian eunuch. Both examples feature people advancing the kingdom of heaven—Philip when he helps the eunuch understand Isaiah’s prophecies and the Samaritan when he cares for his brutalized neighbor. The former has large impact, spreading the gospel into Africa, while the latter has smaller stakes, simply helping someone in need. But both earn praise for doing Christ’s work.

Scripture gives us no reason to believe that Philip is inherently better than the Samaritan, or vice-versa. The two men simply encountered a need and responded to it. They did what they could with what was before them, not worrying about how small or important it was.

To be sure, God’s people need to resist large-scale abuses, and people need to proclaim the good news from big platforms. But those people also need support, and sometimes that support takes the form of small responses to the Spirit’s moving in the mundane.

To paraphrase Edna, “Done properly, even an encouraging word can be heroic.” Christian work is always done properly when we follow the Spirit’s guidance to serve people we encounter, whether the results are big and incredible or small and unnoticed.