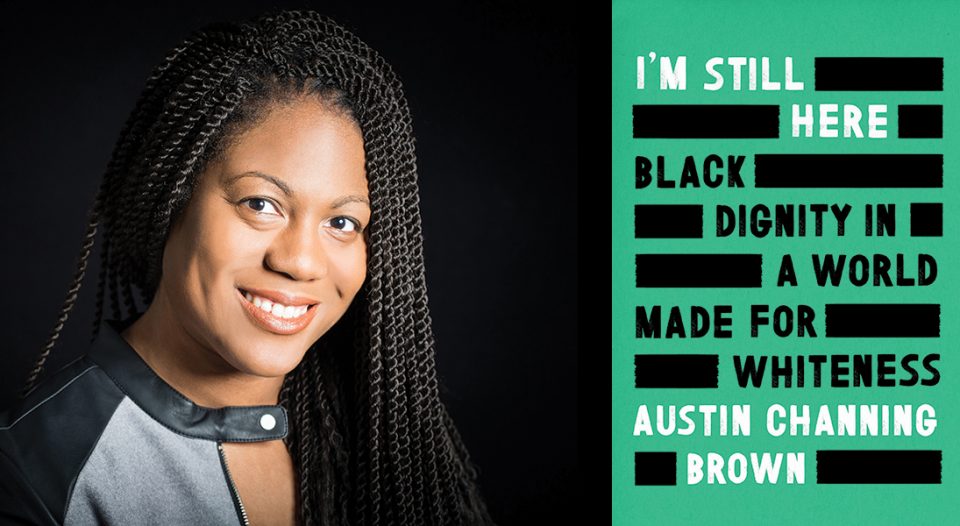 Austin Channing Brown writes, preaches and teaches about racial justice. Her new book, I’m Still Here: Black Dignity in a World Made for Whiteness (Convergent, 2018)—which made Amazon’s top 20 best-sellers list when it was released—is partly an account of her experiences navigating majority-white schools, ministries and organizations, and partly a call to action for the work of meaningful reconciliation.

Living Lutheran spoke with Brown about what she hopes Lutherans and others in the mainline tradition will take away from I’m Still Here.

Living Lutheran: Why did you decide on writing this book, and why now?

What do you hope the Lutheran reader—and the mainline church more broadly—hears in your story?

The thing that’s most important to me is that talking about whiteness is only a fraction of the job of pursuing racial justice. And I think the church is not great—but getting better—at naming whiteness. But that’s not the end—that’s the beginning.

The thing that’s most important to me is that talking about whiteness is only a fraction of the job of pursuing racial justice. And I think the church is not great—but getting better—at naming whiteness. But that’s not the end—that’s the beginning.

I saw tremendous pain and a love story all wrapped into one in this book. Would you say I’m Still Here offers a lot of hard truth about race and is a celebration of black culture? Is it both/and?

That was really, really important to me. Both. I’ll tell you why. One day I was teaching a class and a tall white kid joined in. He was taking it all in and you could see light bulbs going off left and right. And then during one of the discussions, he says, “I’m pretty sure this is going to come out funny. I hope you know what I’m trying to say.” And we all prepared ourselves to give this kid lots of grace.

And then he said, “I think I might be glad that I’m a white guy because what you are explaining sounds really hard and I don’t know if I could do it.”

I thought, “Oh, bless your sweet heart.” But also: “What is he hearing?” This kid is not hearing about why I love being a black woman. This kid is only hearing why it’s hard to be a black woman in America. It was a wake-up call for me.

I told myself, “Austin, you cannot sit in one more room as the teacher or facilitator and only tell half of your story.” Yes, America is a difficult place to be sometimes. But also, I love being a black woman. So it was important for me that this book is both/and.

What feels hopeful to you right now?

Jodi Houge
Houge is the founding pastor of Humble Walk Lutheran Church in St. Paul, Minn. She frequently speaks and writes about the church.

Perspective: Yearning for reconciliation is not enough