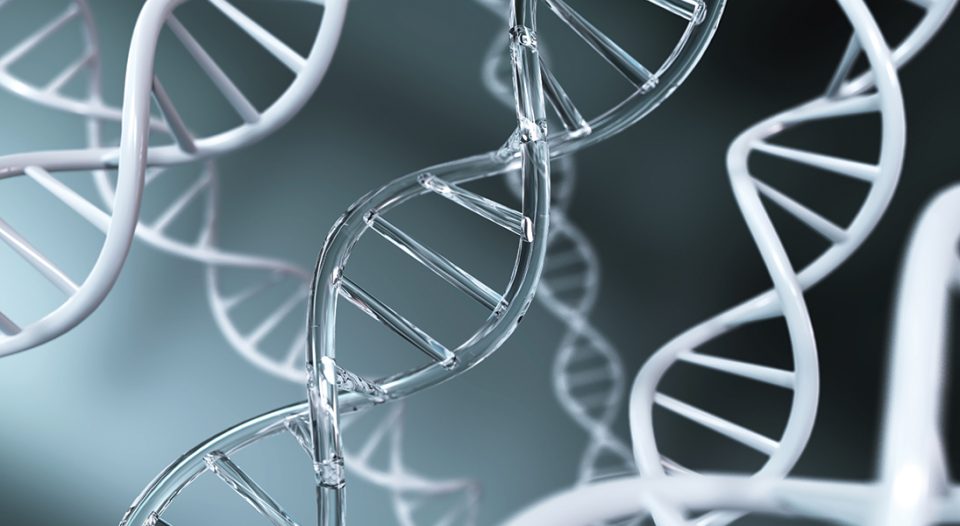 Last fall, a Chinese scientist claimed that he had created the world’s first genetically edited human babies. Yet nearly a decade earlier, the ELCA had already convened a task force to explore the church’s stance on the promise and peril of genetic technology.

In August 2011, the church adopted the product of that exploration, the social statement “Genetics, Faith and Responsibility.” Rather than condemn genetic engineering, the statement provides a structure to guide decision-making.

Meanwhile, He Jiankui, the researcher who decided to create the so-called “designer babies,” has been widely criticized, including for not offering evidence to support his contention.

But no one is saying that what He purports to have done—use the CRISPR-Cas9 gene-splicing method to produce twin sisters who are resistant to HIV infection—is impossible or even all that difficult. His purported breakthrough has renewed the debate over the ethics of genetic manipulation, particularly as it pertains to people.

Though the ELCA’s social statement predates the Chinese twins by seven years—a particularly long time in the rapidly advancing field of genetic research—it was developed to stand the test of time, scholars and theologians say, at least as well as any such statement can.

“We are well situated as a church, with our social statement, to pivot toward these kinds of breakthroughs in science and technology with informed moral guidance,” said Roger Willer, who directed the development process. “We lift up, in response to unprecedented human power, a moral imperative or contemporary golden rule. The golden rule here is: Seek to respect and promote the community of life, justice and wisdom.”

As the ELCA’s director of theological ethics and its churchwide liaison for faith and science, Willer leads the process of developing teaching documents that frame the church’s position on social issues.

The initial impetus behind “Genetics, Faith and Responsibility,” Willer said, was the inner turmoil of a Lutheran working as a researcher in the biological sciences. “The scientist would go home at night and pray, ‘Dear God, look at the power we’re discovering—what should we do with it?’ ” he said.

“Our social teaching does not expect that every ELCA Lutheran is going to think every word of the statement is right-on. What we teach binds the church’s leadership in what they express, but our teaching seeks to exercise persuasive authority for individual church members.”

Kevin Powell, an ethicist, ELCA member and  pediatric hospitalist in St. Louis, said that when genetic engineering is mentioned, most people envision gene splicing. “CRISPR has certainly been a major leap forward in our ability to do that, but genetics can be manipulated with simpler tools,” he said. “Jacob in Genesis 30 was the first to do this, profiting from white sheep bearing speckled ones.”

Steven Ullestad, bishop of the Northeastern Iowa Synod, served on the task force that developed the social statement. He calls advances in genetic manipulation a great gift that needs to be managed and monitored, like all great gifts.

“We formed this group, a remarkable collection of theologians and biologists and ethicists and farmers—one fear was that the ELCA was going to come out against genetically modified organisms for farming—and put together a great Lutheran document,” he said. “It lives in the gray areas and not the black and white. We didn’t have a lot of hard-and-fast things to say, in part because of our theology, and also because we knew how rapidly everything with the science and technology [was] changing.”

Task force member Aana Marie Vigen, who teaches ethics at Loyola University Chicago, is proud of the social statement she and her colleagues produced, in part because it recognizes that the use of genetic technology can’t be simplified into “for” and “against” positions.

“The golden rule here is: Seek to respect and promote the community of life, justice and wisdom.”

“A Lutheran perspective is much more thoughtful than that,” she said. “On a case-by-case basis, what are the benefits? What are the potential problems?

“To those who would say genetic engineering means we won’t have disease or will live forever, I’d counter with, ‘Do we want to live forever?’ Part of being human is being mortal. That’s not to say disease is OK, but it’s an awareness that these bodies we have were made in ways in which we become old and frail, and that’s not a terrible thing. But how do we care for people and help and support them and maximize their quality of life? And how can we ensure genetic technology doesn’t enlarge the divide between those who have access to state-of-the-art health care and those who don’t?”

Ted Peters, a professor of systematic theology at Pacific Lutheran Theological Seminary, Tacoma, Wash., said that even though the social statement doesn’t reference CRISPR-Cas9 specifically, it remains a healthy guide.

“I wish the general public would benefit more from its wisdom,” said Peters, who has written extensively on genetics. “The task for churches, in partnership with universities, is to prepare people to make responsible choices.”

Paul Nelson, chair of the religion department at Wittenberg University in Springfield, Ohio, and a task force member, believes that the job of science is to further knowledge, and that “it is everyone’s business to evaluate the uses to which that knowledge could be put. The social statement is a splendid resource for members of the ELCA who wish to do that within the context of their Christian faith.

“For believers, the recent rapid expansion of our understanding of genetics represents a remarkable stewardship of God’s good gifts of curiosity and intellect.”

Manipulating somatic cells for therapeutic purposes, Nelson noted, is similar to other medical interventions and, thus, should be subject only to the usual ethical constraints. “On the other hand,” he said, “manipulation of germ cells that may be passed on to future generations—especially when aimed at enhancement—is, at best, ethically suspect in terms of justice, stewardship and the common good.

“The research recently reported from China has been widely and justly criticized by both scientists and bioethicists around the world as being wildly irresponsible, unethical. It may well trigger a backlash that will inhibit progress toward genuinely therapeutic applications of the CRISPR technology.

“As the social statement says, the human capacity for genetic manipulation should be understood, in principle, as one of God’s gifts in the created order to be pursued for the good of all. As with any such gift, it must be used responsibly and tested for its contribution to justice and stewardship.”

A moral imperative
Genetic engineering, long the province of science fiction, is now a reality. Many of the everyday foods we eat are from genetically modified plants and animals. The science is not only helping to feed people but also holding promise for medicine and other beneficial applications. But the world still gasped when Chinese scientist He Jiankui announced in 2018 that he had helped bring to birth the first human beings, twin girls, whose genes had been edited to give them resistance to HIV. Did he cross a red line?
Download Now