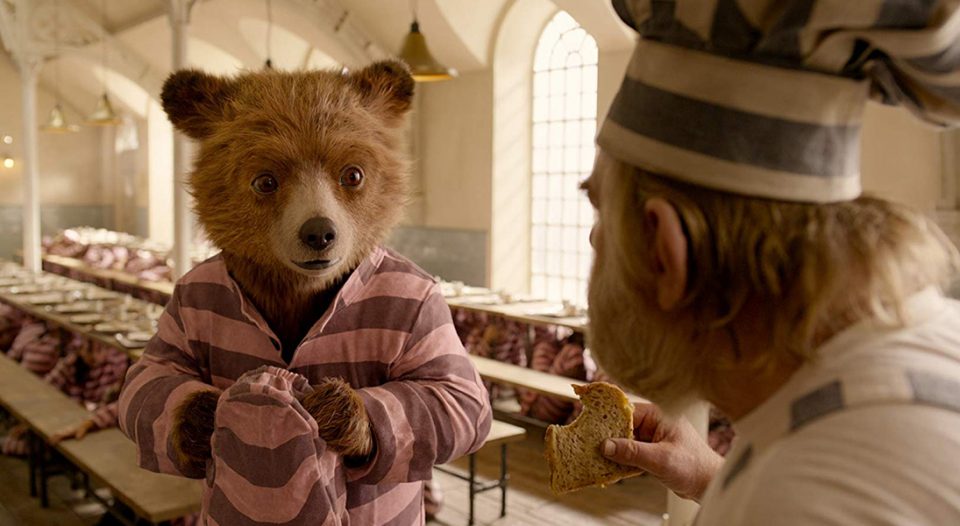 Here are five of the most entertaining and thought-provoking recent films available on streaming services, ready for small-group study or a substantial family movie night.

Paddington 2
One might be tempted to laugh off the maxim Paddington Bear repeats throughout his second big-screen family adventure, “If we’re kind and polite, the world will be right.” But this childlike declaration carries childlike faith, which director and co-writer Paul King weights by placing Paddington in cartoonish versions of familiar scenarios. Paddington’s determination to treat everyone with concern and grace uplifts his communities, whether they be in his wonderfully diverse London neighborhood or a forgotten prison ward.

The steadfast kindness Paddington displays embodies the fruits of the Spirit the apostle Paul describes, making the gentle bear our generation’s most unlikely saint.

A servant without political or financial power, Cleo is no one’s idea of “blessed”—no one but Jesus, whose Sermon on the Mount described people exactly like her, the meek and poor peacemakers who build the kingdom of Heaven.

First Reformed
Although the term “faith-based film” can bring to mind dubious morality plays about flannelgraph-thin characters, First Reformed, written and directed by Paul Schrader, portrays the Christian walk in all its complexity. Pastor Ernst Toller (Ethan Hawke) loves the faith he shares with his tiny congregation, but he must reconsider his beliefs after a despondent parishioner questions him about inevitable environmental disaster.

Although the apostle Paul urges us to “work out our salvation with “fear and trembling,” we rarely see that process dramatized, even in art made by Christians. First Reformed imagines faith not just as a source for answers but as an avenue for introspection and social action.

Black Panther
Marvel movies are very popular, but Black Panther is a true cultural phenomenon. A superhero blockbuster with a predominantly black cast and crew, led by director and co-writer Ryan Coogler, Black Panther introduces us to the mythical African nation Wakanda, a technologically and socially advanced country untainted by colonialism or slavery. Threatened by Killmonger (Michael B. Jordan), a radical who wants to enlist Wakanda in a revenge plot, King T’Challa (Chadwick Boseman) must become the titular hero to defend his people while embracing his responsibility to the global community.

Wakanda is a “City on a Hill” like the one Jesus describes in Matthew 5, a model community whose example is sometimes hidden by members protecting their own self-interests. Black Panther’s challenge reminds Christians of our duty to let our light shine for everyone.

Leave No Trace
Although it’s a quiet drama, one cannot help but feel anxious while watching Leave No Trace, waiting for disaster to befall PTSD-stricken veteran Will (Ben Foster) and his teenage daughter, Tom (Thomasin McKenzie), as they try to live off the grid in an Oregon state park. But every time director and co-writer Debra Granik moves the family away from their camp, we see hospitality at work. Everyone Will and Tom encounter—from the state authorities who detain them to the community of outsiders who take them in—shows genuine care, allowing Will to continue a healing process that has no easy resolution.

Hospitality is one of the fundamental Christian virtues—and can be one of the scariest. Will’s brokenness cannot be fixed, even by extraordinary acts of kindness, but that doesn’t mean he and Tom don’t need to be welcomed. Leave No Trace shows us that people are not projects but complex creatures who need our care.