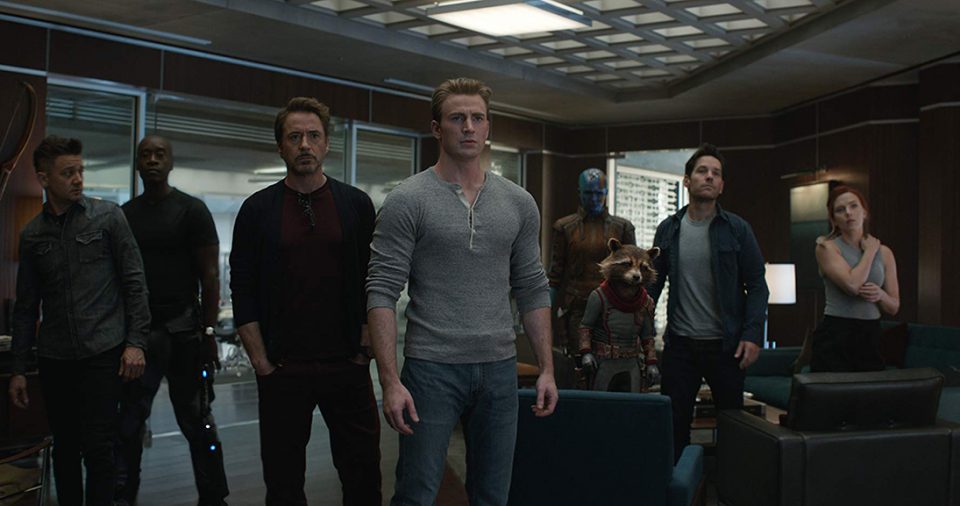 As the title suggests, Avengers: Endgame is a movie about endings. Not only does the film complete the story begun last year in Avengers: Infinity War, in which our heroes are defeated by the reality-destroying alien Thanos, but it closes out character arcs that stretch across the previous 21 interconnected movies in the Marvel Cinematic Universe.

Several of these endings involve the deaths of beloved characters (don’t worry, I won’t name any names), but no one’s demise lacks meaning. Every hero who falls has sacrificed him- or herself for the sake of others, urging them to continue the fight.

We see this most clearly when one Avenger makes his departure by bequeathing an icon of his heroic identity to his young partner. “How does it feel?” the hero asks the partner. “Like it’s somebody else’s,” the partner replies, visibly overwhelmed by the responsibility.

With a confident smile, the older hero responds, “It isn’t.”

More than mere assurance, the older hero imparts to his protege a mission. The good work belongs not only to the hero but to anyone who follows in his footsteps.

The torch-passing scene is one of many surprisingly sentimental moments in this big-budget spectacle from directors Joe and Anthony Russo, especially for those of us who’ve been following the films since they began (with Iron Man in 2008). We’ve grown to love these characters, and we don’t want them to go—not when there are still so many adventures to be had.

But we also know that even the most resilient superhero (or, more accurately, the most physically fit actor) can’t go on forever. So if the work’s going to continue, it must be done by someone else. And that someone else must be trained in the hero’s ways.

Discipleship must always be a communal act, taught to us by others and taught to others by us.

We find the same lesson in the gospel story. As we reach the end of each Gospel, we may find ourselves wondering why Jesus ascended to heaven after the resurrection instead of continuing his ministry on earth.

But attentive readers already know the answer: The kingdom of heaven isn’t like an empire that expands by conquering followers; like a slow-growing seed taking root in good soil, the kingdom spreads only when Christians go into all the world and make disciples of all people. The task of doing God’s good work never falls on a single person, not even Jesus. It’s always a group effort, the work handed off from one person to others.

The ELCA identifies five gifts of discipleship: living among God’s faithful people, hearing the word of God and sharing in the Lord’s supper, proclaiming the good news of God in Christ through word and deed, serving all people by following the example of Jesus, and striving for justice and peace in all the earth.

Each of these gifts enriches a believer’s life by focusing attention away from worldly distractions and back into our baptism in Christ. But they set monumental tasks before us—tasks no one person can complete. For that reason, discipleship must always be a communal act, taught to us by others and taught to others by us.

As Avengers: Endgame finishes the story of some heroes and begins the adventures of others, it reminds us believers of our task. The gifts of discipleship aren’t ours to horde, to reduce to weapons in our own personal crusades; rather, they’re gifts given to us that we give to others, tools to keep building the kingdom to which we belong.