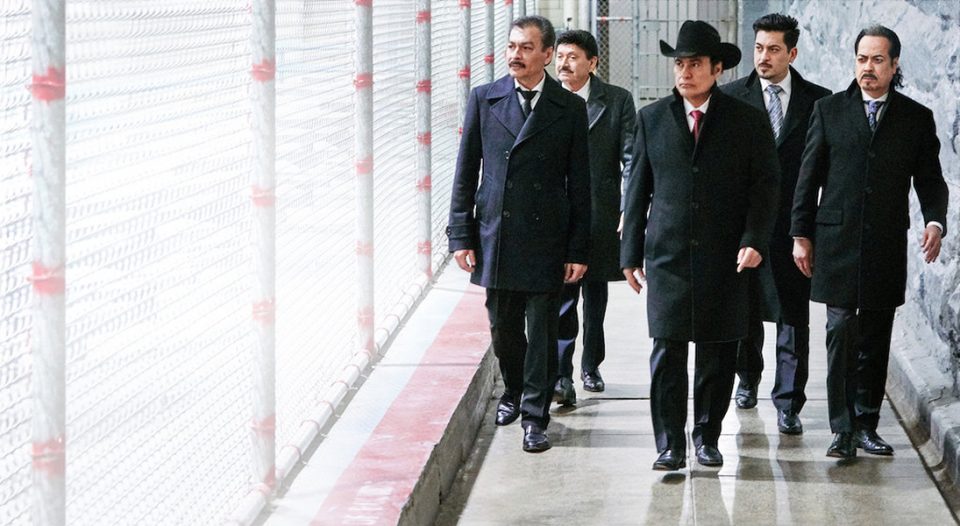 Early in 1968, Johnny Cash carried out one of America’s most famous acts of prison ministry.

In the cafeteria of Folsom State Prison in California, the country star played two inspired concerts to a captive audience, surrounded by armed guards. Cash had played prison shows before—a decade earlier, his concert at San Quentin State Prison had inspired country singer Merle Haggard, then incarcerated—but this show was different. Cash had been struggling to kick an amphetamine habit. He considered this show not only a gift to Folsom’s inmates but a chance to revive his career and redeem himself.

As a movie, it’s just OK. But as an introduction to the band and a model of grace to America’s forgotten people, Live at Folsom more than justifies its brief running time.

In 1968, the same year Cash played his career-defining show, the teenage members of Los Tigres (all of them related) left their family ranch in Sinaloa, Mexico, to play a different California prison concert in Soledad. They didn’t return home. Instead, they continued north and settled in San Jose. In the decades since, Los Tigres have become for many as vital an American institution as Cash. Through dozens of hit songs and thousands of concerts, the band members have become icons.

Though norteño bands play love songs and dance songs, they’re best known for “corridos,” story songs of regular people triumphing over the powers that be—or not. Los Tigres’ 1972 breakthrough hit, “Contrabando y Traición,” is a Bonnie-and-Clyde tale of two drug dealers that ends in tragedy. The band have kept singing complex stories of migrants: travelers from Central America, settlers whose children assimilate and grow distant, and countless others. Relying on hired songwriters, they’ve accumulated a catalog of immigrant narratives unparalleled in its thoroughness and subtlety.

By treating the prisoners as more than their worst acts, Los Tigres honor the humanity we all share.

A typical Tigres song features front man Jorge Hernández enunciating crisply over an unrelenting two-step rhythm. Brother Hernán adds high harmonies, while Eduardo thickens the music with guitar, saxophone or complicated accordion patterns. Los Tigres didn’t invent this sound, but they’ve become its leading lights, influencing all the norteño musicians that have followed—even those who surpass them in beauty or wild abandon.

One such musician, Manuel Mena, played with his father’s family band before landing in Folsom. In the documentary, we meet him 20 years into his sentence. During his increasingly sad interviews, Mena explains how a youthful affection for guns led to grief, ending someone’s life and ruining the Mena family’s musical prospects. Shame and regret consume Manuel.

When Los Tigres welcome him to the stage to play the accordion and harmonize, it’s a moving moment of grace for this prodigal son. But it’s possible to imagine other, more law-abiding musicians complaining, like the Prodigal Son’s brother: “Why Mena? Why should a murderer be rewarded with this chance to sit in with his idols?”

Live at Folsom doesn’t answer that question so much as it invites us to look beyond the usual dichotomy of reward and punishment. Yes, these audience members committed crimes. Some will emerge from prison into new lives, and some won’t. By treating the prisoners as more than their worst acts, Los Tigres honor the humanity we all share.

Recall the story of the sheep and the goats in Matthew’s Gospel: When Jesus welcomes the sheep into his eternal kingdom, he congratulates them for recognizing the divine within “the least of these who are members of my family” (Matthew 25:40). “I was in prison,” he says, “and you visited me” (Matthew 25:36).

Cash never publicly claimed any religious motivation for his prison concerts, and neither do Los Tigres. Like the sheep in Jesus’ story, they might be surprised to find themselves rewarded for playing concerts that, after all, made them look pretty good and earned them paychecks. Shining a light on the humanity they share with their fans, and inviting us to do the same, seems to suffice.