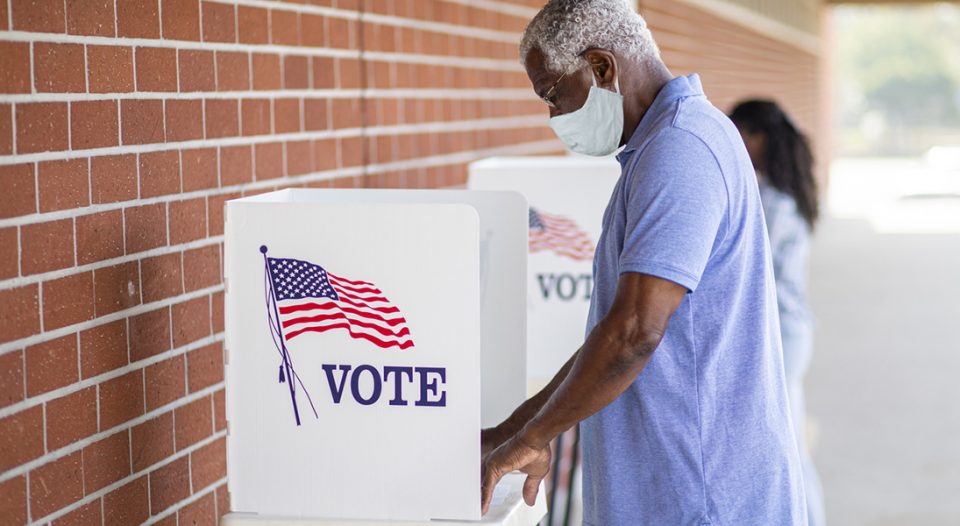 I think this is almost invariably (note the tiny escape clause) an accurate statement: Lutheran pastors do not tell parishioners how to vote. Not only is this technically illegal but also probably unwise.

I can’t recall who said, “Overtly partisan sermons only reveal which newspapers arrive each week at the parsonage.” I haven’t lived in a parsonage since 1987 in Virginia’s Shenandoah Valley, but you get my drift.

All political candidates are flawed—some more flamboyantly than others. Allegiance to a political party and its candidates cannot be blindly synced with faithfulness to the kingdom of God.

Pastoral hesitation in touting “orthodox” voting has nothing to do with the oft-quoted (and usually misunderstood) phrase “separation of church and state.” Our constitutional forebears weren’t claiming that faith and politics should never mix. They were insisting that no particular religious expression could be imposed on the local citizenry. (Cabarrus County, N.C.—where my great-granddaddy, for whom I’m named, was once sheriff—was over 90% Lutheran at the turn of the 20th century. By golly, we came close.)

Engagement with political leaders in shaping national and local policy is an important facet of faithful discipleship. “Seek the welfare of the city where I have sent you,” God advises via Jeremiah (29:7)—surprising counsel offered to exiles living in a temporary setting.

If you think about it, we’re all exiles, living in a temporary setting. Our true homeland and primary citizenship are elsewhere. Even so, Christians are instructed to pray “for kings and all who are in high positions, so that we may lead a quiet and peaceable life in all godliness and dignity” (1 Timothy 2:2).

The word “Lord,” repeatedly assigned to Jesus in the New Testament, is unsettling and radically subversive. If Jesus is Lord of our lives, all earthly allegiances, including family, flag and fiduciary backup, take a back seat to our devotion to this man. Signing on with Jesus means we give the man practical priority in all the affairs of this life, the narrow gate, never easy. “The road is hard that leads to life” (Matthew 7:14).

Contrary to popular belief, Christians do not enter a voting booth alone.

In a clever aside to Jesus, my friend, theologian Will Willimon, writes: “At my advanced age, your frenetic pace is beginning to show on me. I long to locate, to bed down, settle in, and sit tight on what I already know of you rather than be forced to follow into some unknown destination. I find it remarkable that you have absolutely nothing to say about retirement.”

Jesus plans to challenge his chosen (at any age) wherever we happen to be. Like it or not, this includes joining us this November in a voting booth as we privately ponder a slate of candidates and their core convictions.

People have told me that how they vote is entirely their own business. I get that, but don’t be surprised if another voice whispers reminders of his advice, as Lord of heaven and earth, to disciples like me and you:

Contrary to popular belief, Christians do not enter a voting booth alone.

Many Novembers ago, I was sitting in a pub with church friends and the topic turned toward the coming election. One close pal said, “You know, I love Jesus, but I’d never vote for him for president.”

I remember lots of laughter, including mine. I think I know what my friend meant by that, but I left the pub that night with an odd feeling, and it had nothing to do with the beer.

I sincerely doubt that Jesus would even want to be president of our country. His Lordship, for Christian starters, is global, concerned with many flags.

But what I felt that night, in retrospect, was a rather dismissive shelving of Jesus in certain realms of our lives. If he’s not Lord of all, he may soon be Lord of very little.

A bridge-builder in a polarized time

Courage to be the church