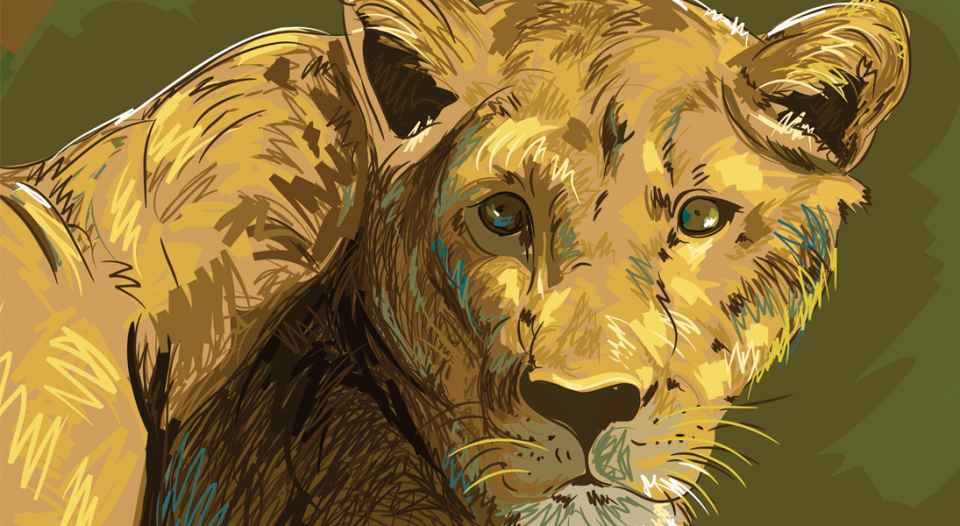 Series editor’s note: Throughout 2021, “Deeper understandings” will continue to engage the ELCA’s commitment to authentic diversity. Man Hei Yip will carry on this theme in the next issue. —Kathryn A. Kleinhans, dean of Trinity Lutheran Seminary at Capital University, Columbus, Ohio

Several years ago, Pope Francis got into a debate with then-presidential candidate Donald Trump. Francis denounced Trump’s hard line on immigration and his promise to block undocumented immigrants from the United States with a border wall. Trump accused the pontiff of being “political.” In a press conference, Francis embraced the accusation: “Thank God he said I was a politician, because Aristotle defined the human person as ‘animal politicus.’ … So at least I am a human person.”

We have some things to learn from this Catholic sibling in Christ.

What breed of animal are we?

Calling humans “political animals” affirms that God has made us to be in deep relationship with one another. There are a lot of different animals in the world. Amid this diversity, we should wonder: What kind of animal best captures the political Christian?

There are good candidates in the Disney classic The Lion King. We might cast ourselves in the starring role of proud and noble lions but, based on the behavior of many Christians prowling the public square these days, other roles might be more fitting. The hyenas stand out: creatures whose behavior is more opportunistic than principled, hungry for power and ready to cast their lot with the vicious so they can gnaw on the scraps that drop.

If Christians in general are typecast as craven predators, what about Lutherans in particular? The adorable sloth is beloved, but we should be wary of making it our mascot. The temptation toward quiet resignation and withdrawal is strong in our tradition, fueled by certain cultural trends and persistent theological anxieties about works righteousness. But not to take a stand is, of course, a stand in itself.

To be forgiven by God does not mean that reckoning, repentance and reparation are forgotten.

To retreat from the political is to abandon the people Christ loves. Martin Luther insisted that pointed political criticism and sustained political engagement are commanded by God. We aren’t called to dominate, but we are obligated to demand that our leaders and institutions truly serve all people.

Moving through the political jungle, Luther offers advice on how leaders and citizens should behave. Those in charge of the common good can behave as wild beasts do, he wrote in Luther’s Works. “Men become apes who imitate without judgment,” he wrote—people who go through the motions and imitate others without having the sense or the skills to serve.

Luther compared people to lazy bees who don’t make honey, frantically buzzing from one thing to the next without stopping to do what’s necessary. (This, I must say, too often captures my behavior as the lure of the urgent pulls me away from the difficult.) He also made some choice comparisons between people and donkeys, but I’m told those colorful phrases can’t be reprinted in these pages. I leave it to others to see how well that role fits.

This work is not easy—Luther has never been accused of unbridled optimism. The best we can do most days, he wrote, is to patch things together and keep “crawling after heroes.” Neither stationary nor swift, we keep moving and reaching out, eyes facing forward and bellies to the earth. This isn’t a posture of weakness or subservience but a claim about humility and perseverance.

To crawl after our heroes, we need to be honest in appraising their gifts and their faults. Celebrating Luther means praising and criticizing him, lifting up what we think he got right and calling out what he got wrong.

One of our greatest political heroes in the United States is Abraham Lincoln. He is rightly praised for his efforts to unite the nation and undo the horrors of slavery. He is rightly criticized for his own failure to respond to the full humanity and dignity of Black people. Like us, he was a complicated creature, and failing to acknowledge this makes us less honest than Abe.

People often quote Lincoln’s second inaugural address, in which he said that the nation must move forward “with malice toward none, with charity for all.” But these soothing words are preceded by shocking ones.

Lincoln granted that the war had been brutal, but it had paled in comparison to the brutal treatment of Black people. A speedy resolution to the conflict is desired, “yet, if God wills that it continue until all the wealth piled by the bondsman’s two hundred and fifty years of unrequited toil shall be sunk, and until every drop of blood drawn with the lash shall be paid by another drawn with the sword … still it must be said, ‘The judgments of the lord are true and righteous altogether.’”

His words reside in Lutheran territory. To be forgiven by God does not mean that reckoning, repentance and reparation are forgotten.

Lutherans can look like odd creatures in a political menagerie that craves ferocity. But if we stand out and scandalize, it should be because we radically press forward with boldness and honesty. We could do, and have done, otherwise, but I would rather stand here.

Anthony Bateza
Anthony Bateza is an associate professor of religion at St. Olaf College, Northfield, Minn., and an ELCA pastor.

Jesus and the election

Resources for an election year