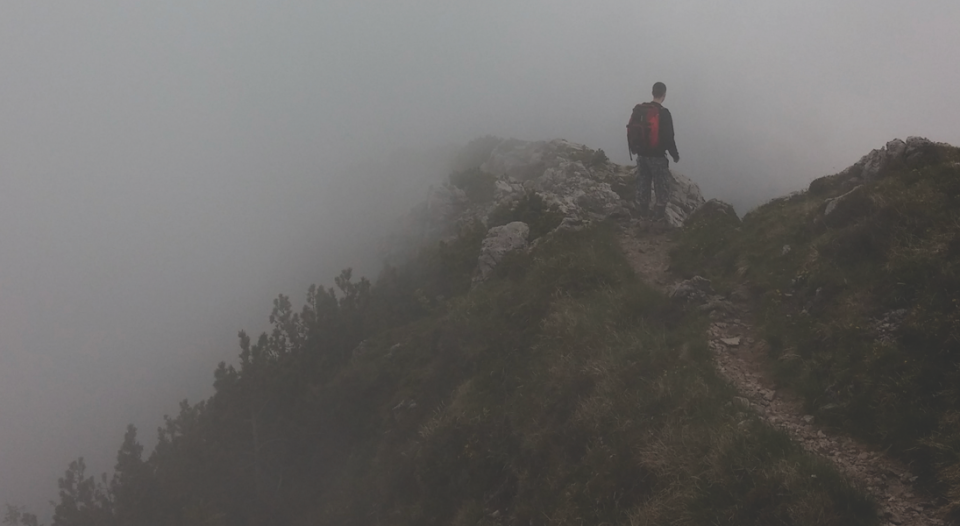 Forty years ago, just out of college, at a summer camp in upstate South Carolina, I met an atheist whose friendship would shape my theological formation and pastoral ministry more than any seminary professor I ever had. And that’s saying a lot.

My friend and I worked with profoundly mentally challenged children and adults and exchanged long letters for the next four decades. The letters often described why I believe in a loving God and why he could not. I use the word “atheist” to describe my friend, but it’s not a title Andy ever embraced.

“I refuse to define myself in terms of God,” he once wrote.

Andy consistently raised excellent questions in our exchanges and was honest (and loving) enough to probe my sometimes-flimsy arguments. “Is your God found only in sunsets and curly-headed babies,” he once inquired at 3 a.m. as I rocked a disturbed and wailing child in a camp cabin, “or also revealed in hurricanes?” It wasn’t difficult to detect his meaning.

A longtime admirer of philosopher Albert Schweitzer, Andy was the most compassionate and gentle person I have ever known—and maybe the funniest. I once skipped morning prayers to write him from the seminary pecan grove before my next class (Lutheran Confessions) began. The first sentence of his return letter was “Quit skipping chapel, you son of a b—-.”

I use the word “atheist” to describe my friend, but it’s not a title Andy ever embraced. “I refuse to define myself in terms of God,” he once wrote.

This past September, Andy died in his sleep, beside his faithful dog, Gandhi, at his off-the-grid homestead in northwestern Maine, only three weeks after a diagnosis of prolymphocytic leukemia. He was perhaps sicker than he knew or was willing to say.

The week he fell violently ill, Andy was doing 100 pullups per day (a decadeslong discipline) from a beam in his tightly insulated, 12-by-12-foot cabin with a small loft. The man was in fantastic physical shape. He backpacked the entire Appalachian Trail five separate times.

Add in single through-hikes of the Pacific Crest Trail and the Continental Divide Trail. My diminutive (5 feet, 5 inches) friend logged well more than 15,000 miles of unassisted backcountry trail-hiking in his lifetime, not to mention a solo cycling trip from North Carolina to Guatemala.

Andy built the small Maine cabin himself near a reliable spring and often snowshoed during the winter (well before dawn) to his truck—parked at the closest cleared road, over a mile away—to drive to his job as a nurse at a residential facility near the Kennebec River.

He sent me a text message only three days before his death.

“You know, I’m baptized,” Andy wrote that day. “My parents took care of that during my Methodist childhood. But if I wake up in your hoped-for heavenly place, I’ll have to say, ‘I didn’t ask to come here.’”

Seven candidates for a Doctor of Ministry in Preaching degree were sitting around a circle in Chicago one morning in June 1996. I was describing an idea for my doctoral thesis:

“I live in a small town in Virginia and want to discover what 15 atheists and agnostics of my acquaintance are hearing as they listen in church this fall to a series of four sermons. Not trying to convert anybody, I just want to learn how Christian preaching sounds to them and what they make of it.

“And then I want to compare that test group to a separate group of adult seekers who have just returned to church life after a long absence—another four sermons next spring. The sermons wouldn’t be specifically written for either group—only normal Sunday preaching based on the assigned lectionary texts.”

The responses from my pastoral colleagues weren’t very encouraging. “First, how will you find such people—especially the first test group—much less convince them to come to church?”

My book that emerged from that study, Preaching to Skeptics and Seekers (Abingdon Press, 2001), was largely inspired by Andy. He lived too far away in Maine to participate (and would have been embarrassed and politely amused had I asked him), but our friendship—at that point nearing 20 years—absolutely emboldened me to approach a variety of other friends I had met at parties and in the community.

Both groups (skeptics and seekers) wrote reams of generous replies in response to the post-sermon prompts I provided in questionnaires.

I began to realize that on any given Sunday there is more doubt in church pews than some church leaders are willing to admit.

I sent Andy a copy of the book when it came out and told him that our friendship had inspired it. “Well, the Lord works in mysterious ways,” he wrote back.

I can hardly overstate how much I learned from that doctoral enterprise or how much the project would shape my future pastoral interests, especially in the areas of adult spiritual formation and the historic catechumenate. Adults seeking baptism (and others who have been away since childhood) need and desire far more than the typical three-session “inquirers’ class of welcome” that many congregations tend to provide.

Later, when writing or evaluating sermons, I often asked myself, “What would Andy think of this?” I wasn’t preaching to my friend, but I began to realize that on any given Sunday there is more doubt in church pews than some church leaders are willing to admit. Andy became my skeptical muse for the arc and direction of many pulpit efforts.

These days, I tell pastors, “Befriend a few skeptics, not with the secret agenda to convert them—that’s great if it happens—but primarily to discover their honest reservations about God.

Skeptics can become your preaching allies. They’re often much more forthcoming about their doubts than many church parishioners and can help you discover what largely remains unspoken but is absolutely present in congregational life.”

In his 50s, Andy bought a Greyhound bus ticket to return to his cabin in Maine after a long backpacking trip. Dog-tired, he settled into the last remaining seat, in the back row.

His seatmate, recently released from prison, was a friendly and talkative person with a glass eye. The man wouldn’t let Andy sleep and kept flashing pictures of a girlfriend waiting at his destination, revealing a good bit more than Andy cared to see.

The man repeatedly removed the glass eye from its socket and at one point reached over the seat in front of them, holding the eye between index finger and thumb and startling two young women with the words “I can see you! I can see you!”

The bus driver pulled over, walked to the back and threatened to throw both men off the bus. Andy was too tired to offer a defense.

I can see you.

“I am thoroughly convinced,” wrote Dallas Willard in The Divine Conspiracy (Harper, 1998), “that God will let everyone into heaven who, in his considered opinion, can stand it.”

God brings surprising people into our lives, clearly seeing the ones we need most. As a retired pastor, I have time to reflect on the many people who have shaped and inspired a particular ministry lasting more than three decades. God saw in Andy an unusual and delightful man whom I needed. The Creator also saw Andy for the amazing agent of the holy that he most certainly was.

“I am thoroughly convinced,” wrote Dallas Willard in The Divine Conspiracy (Harper, 1998), “that God will let everyone into heaven who, in his considered opinion, can stand it.”

Perhaps Andy won’t be able to “stand it” and will pose pointed questions to the Creator.

If so, I’m confident that, even in the afterlife, the God who created both “weal and woe” (Isaiah 45:7)—a source of Andy’s befuddlement with the divine—will allow and encourage honesty-seeking insight.

Captives in the land of the free