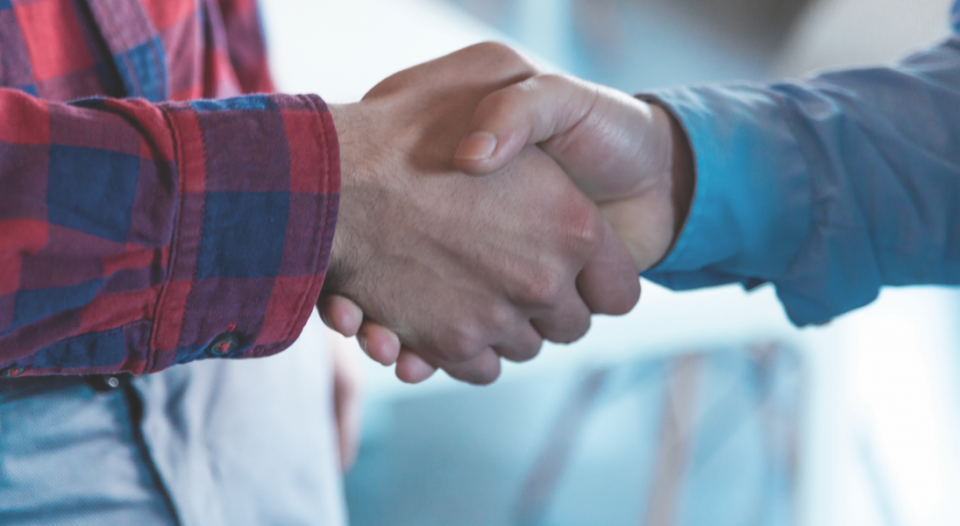 The morning after the 2016 presidential election, Bruce MacKenzie had a line from the “Prayer of St. Francis” running through his mind: “To be understood as to understand.”

“When a phrase or some type of message like that keeps repeating, I try to pay attention,” said MacKenzie, a member of Bethlehem Lutheran Church in Minneapolis.

He came across an article that mentioned Braver Angels (formerly “Better Angels”), an organization trying to bridge the partisan divide and depolarize America, and signed up for a “Red/Blue Workshop,” which brings together an equal number of conservatives and liberals for exercises that clarify disagreements, reduce stereotyped thinking and discover common values.

“I’ve learned that these workshops rely a lot on contact hypothesis, which means you bring people of opposing views together and, by doing so, you discover the humanity of the other side,” MacKenzie said. “As a result, you start moving toward common ground because you dislike so much how the conversation has been distorted. It becomes a grassroots effort to try to move away from the extreme statements that are being made by both sides.”

Convinced that the guided, constructive conversations were making a difference, MacKenzie wanted to do more. He became a volunteer organizer and moderator for Braver Angels, planning and leading events, and decided to organize one at Bethlehem.

“For me, as a member of the church, it always bothered me that certain members who I knew were of a different political stripe had the feeling of being excluded,” he said. “We’re called to take care of our neighbor. So that’s why, for me, [it’s important to] make sure everyone is included within the body of Christ, within the church, regardless of their political view.”

Braver Angels allowed the congregation “to bring people together who love each other, who have been in church together—in some cases for decades—and yet are afraid to talk to each other.”

Members of the congregation participated in the Braver Angels’ “With Malice Toward None” initiative, which enlisted religious groups, colleges and civic organizations to help people process their emotions following the 2020 election and work together to address common challenges.

“What I liked about what Bruce was sharing with us, and what Braver Angels represented, was a very intentional way to try to bring people together who love each other, who have been in church together—in some cases for decades—and yet are afraid to talk to each other about some of these issues,” said Ben Cieslik, a pastor of Bethlehem.

“There is a desire among some to compartmentalize—to have a faith box, a work box, a politics box, a family box—and to not let them intersect too much. But I think the God we come to and meet in Jesus is a lot messier than that and stakes claim on the fullness of our life, so the church needs to find ways to enter into those conversations. And if we don’t, that says something too.”

Jeff Thiemann, an ELCA pastor and president and CEO of Portico Benefit Services, led one of the Braver Angels events at Bethlehem in his role as a moderator for the organization. He has led many such workshops for churches across the country and has seen how constructive conversations about differing beliefs help people to “humanize the other.”

“[Pastors] have struggled with staying focused on the gospel … and addressing the divides that are part of society that we see coming into the church,” he said. “I believe the more the church steps out in creative ways to engage in the important topics of the community with a solution-oriented, grace-filled approach, that can lead to relationship and an invitation to do ministry together.”

Thiemann said Braver Angels is just one conflict resolution tool churches could use, and the important thing is for the church to be having these conversations.

Thiemann called Braver Angels “an opportunity for the church to be part of a different voice in American society that really makes the gospel come alive.”

“This is so exciting,” he said, “because it’s an opportunity for the church to be part of a different voice in American society that really makes the gospel come alive in different ways in local communities and also have a national impact.”

Another person who believes churches are uniquely positioned to help people find common ground in a polarized era is Cameron Swallow, a coordinator for the Braver Angels Wisconsin Alliance. She has organized several events in her area, including “With Malice Toward None” at Carthage College in Kenosha, Wis., where her husband, John, serves as president.

Swallow said churches can use their shared faith to bridge the cultural chasm. “The universal welcome—welcoming everyone with the eyes, the heart, the arms of Jesus—is a principle I think all churches embrace,” she said. “So when you start thinking about the human beings you consider the enemy, you have to realize that you’ve made a line across which those [people] must be less than human, that they’re outside the circle of the grace of God. What does that mean that we’re doing that, and can we come up against that wall and say, ‘OK, that’s a warning sign.’

For more information on Braver Angels, go to braverangels.org.