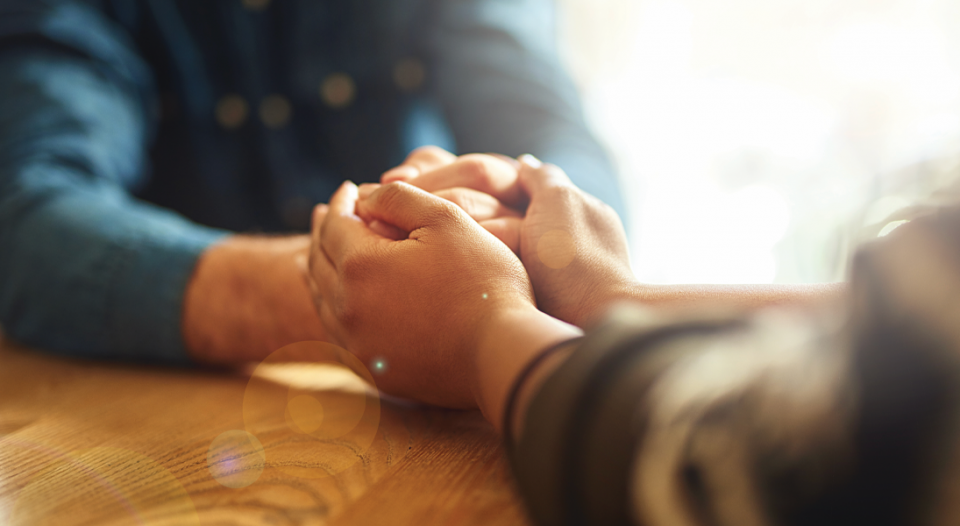 In ELCA congregations and other faith-based groups around the world, caregivers from Stephen Ministry, a program named for an early Christian deacon, are making one-on-one connections and fostering growth.

Stephen Ministers meet weekly with assigned “care receivers”—people who have lost a loved one or are experiencing any kind of trauma—and then twice a month with each other to report on their care relationships and obtain feedback.

Ministers receive training from their local organization’s Stephen Leaders, who have undergone their own intense learning process, all with the goal of ensuring that each care receiver gets the most effective attention possible.

“It’s accompanying a person in their process, to walk alongside them, to call attention to God’s presence,” said Renata Eustis, pastor of and Stephen Leader at Christ Lutheran Church in Washington, D.C. “It’s not a fixing kind of thing, but it winds up being a really healing ministry. We all think we need problems to be solved, but mostly we need to know that we’re not alone.”

“Equip the saints for the work of ministry, for building up the body of Christ.”

The program started in 1975, when Kenneth Haugk founded the independent, not-for-profit educational organization Stephen Ministries St. Louis. It’s named for the biblical Stephen, one of seven original deacons chosen, at the behest of the apostles, by Christians in Jerusalem to provide community service—specifically, to care for elderly widows.

Then a young pastor and clinical psychologist, Haugk took a special interest in pastoral care, especially among those going through challenging times. He started Stephen Ministries St. Louis after realizing that his congregation and community needed more care than he alone could provide.

Following the guidance of Ephesians 4:12 (“Equip the saints for the work of ministry, for building up the body of Christ”), Haugk trained an initial class of nine lay caregivers.

From those beginnings, Stephen Ministry has touched more than 13,000 organizations, including the congregations of 180 Christian denominations, in every U.S. state, 10 Canadian provinces and 30 other nations. In all, more than 600,000 individuals have been trained as Stephen Ministers and millions have received care.

“When someone is matched with a Stephen Minister, they’re getting care in a way I couldn’t possibly give,” Eustis said.

Jody Winter, an ELCA deacon serving Bethlehem Lutheran Church, Indianapolis, likens someone in need reaching out to a pastor to a 911 call. The pastor responds but then must answer the next call, and the next.

Winter, a Stephen Leader, understands that pastors might feel uncertain initially of the role Stephen Ministers will play in a congregation. “But then they see it as a ripple effect that’s very helpful in providing the type of care that no pastor can,” she said, “where a person has someone they can talk to for an hour a week for however long a person needs it.

“Stephen Ministers touch on the tender spots in their own lives to identify and talk about someone else’s. They’ve had the tears and the training that create a support system.”

Eustis said Stephen Ministers offer something “that really enables you to grow in a crisis,” describing it as a “long conversation that goes on over time.”

Some of those conversations inevitably draw to a close when the care receiver reaches the end of their life. Others don’t stop so much as they transition.

“Stephen Ministers touch on the tender spots in their own lives to identify and talk about someone else’s.”

“Most of our caring relationships end formally and then become lifelong friendships,” Winter said. “When that caring relationship comes to an official, formal end, then the friendship can be more mutual, and the caregiver is not under Stephen Ministry supervision anymore.”

Eustis notes that some of the most meaningful care receiver experiences can happen to people going through a divorce. “They come out the other side so much more whole than they otherwise would, and so connected to the church,” she said.

“There’s a lot of shame around divorce, still, for Christians, and I have yet to meet a divorced person in our church who doesn’t feel terrible about it, even if it really is the right thing. Stephen Ministry has, for them, been this unstated acceptance of expression and worth, and that they’re part of the community.”

Barb Limbach said staff of Resurrection Lutheran Church, Fort Wayne, Ind., are strongly encouraged to receive Stephen Minister training even if they don’t intend to work as a minister. “The training helps in whatever you might be doing,” said Limbach, a deacon and Stephen Minister at Resurrection. “You’ll be a better listener, better able to walk with people. You learn to just listen and help people process.”

“Lots of people say they could have used this knowledge 20 years ago, and they’re taking the training into all aspects of their lives: family, friendships, marriage, raising kids. Stephen Ministry is really fabulous. I wish every church had it; I really do.”

A holding space for healing