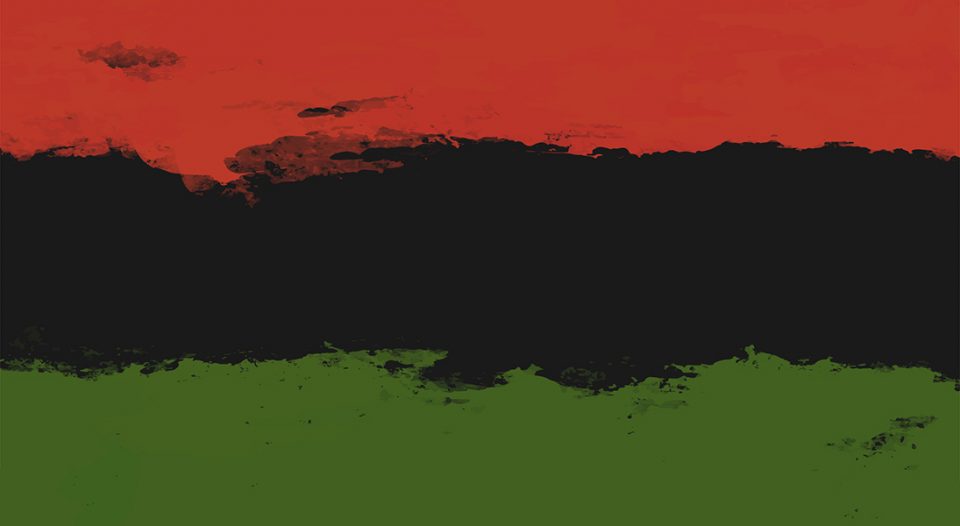 “You are filled with hatred. Hatred can destroy you. Don’t hate white people just because they are white. If you hate make it count for something. Hate the humiliations we are living under in the nation. Hate the discrimination that eats away at the soul of every black man and woman. Hate the insults hurled at us by white people and then try to do something about it or your hatred won’t spell a thing.”

These are words spoken to Daisy Bates, one of the architects of the Little Rock 9 who would help integrate public schools, by her father as he lay on his deathbed. His words remind me and all of us who are still challenged by the darkness of racial discrimination that in our effort to fight our way through life we must never give in to the power of darkness.

When I think of those men and women who had to pick up the pieces following the Emancipation Proclamation making them free, I think not just of the physical impact that slavery made upon them but the deep emotional scars, what I call soul wounds.

These are the soul wounds that require the harder fight. Freedom is what makes us human; it is priceless. Love of self allows those who have been victimized and traumatized the ability to recover their humanity—the ability to see the humanity of the other—and hope that gives us the ability to resist and fight against any darkness or force of evil threatening the dignity of another. I think of all of this when I celebrate Juneteenth—a day when we remember the pricelessness of freedom.

In 1999 I traveled to Africa and had the privilege of staying in the homes of several Tanzanian families in the Meru Diocese.

I recall a conversation with a 95-year-old woman who was sitting next to me and studying my face as if she were trying to recall where she had met me although this was the very first time of our meeting. Then she asked a question that I will never forget, “How did you, an African, get to America?”

The question underscored the great disconnect that slavery had posed and would continue to pose for every person of African Descent living in diaspora.

What does it mean to be sold as a human being and to be treated as if you are but a piece of property?

What impact does it make upon a father or mother to see their child snatched from them and sold to the highest bidder with the painful realization that they would never see their child again? And in this new land, slave owners never acknowledged the humanity of so many others. This includes many of the drafters of that great document of emancipation, the Declaration of Independence.

These are the soul wounds that require the harder fight.

I think of the Civil War, when more than 600,000 people lost their lives. It was a war fought over the question of the freedom of those who were slaves. Abraham Lincoln issued the Emancipation Proclamation by executive order, which freed slaves in 1863.

On June 19, 1865, shortly after the Civil War ended, a Union general, Gordon Granger, with the aid of 2,000 federal troops, enforced Lincoln’s proclamation in Galveston, Texas. He declared the institution of slavery dead in the state, setting off joyous demonstrations by freedmen and originating the annual “Juneteenth” celebration, which commemorates the freeing of Black people in Texas.

At every turn when African Americans have fought for the right to live fully as human beings, to exercise the rights guaranteed to every American citizen, there have been those not willing to grant those rights.

It’s been 60 years since one of the most significant Supreme Court decisions in our nation’s history, Brown v. Board of Education, struck down the prevailing doctrine of separate but equal. This was a doctrine that had been America’s social policy, which guided the social and legal interactions between White people and African Americans.

The reality was that we were separate but never equal. But like the Emancipation Proclamation, the Supreme Court decision of 1954 that opened up public education and made it possible for Black children to attend any school was not readily received or complied with by White southern school districts. It once again took the use of federal troops to make those districts do what the law demanded.

I have often wondered why it has been so difficult for African Americans in particular to be granted this priceless gift we call freedom. Why is it so difficult for some to recognize, affirm and accept our humanity? The Emancipation Proclamation, however late it came, was the recognition by a president that slavery was wrong.

Juneteenth is a reminder to all people that no one has a right to own another human being. We were not made for slavery. No human being was made to be placed in chains and stripped of their dignity and denied their God-given rights. Every human being is meant to be free.

Juneteenth reminds me of how priceless that freedom is and of this long line of people—Black, white, Jews, Gentiles—who stood up to secure this freedom. And remembering and celebrating makes me accountable for making sure that the freedoms that I enjoy because somebody shed blood are freedoms that I must fight to keep and enlarge for the generations of all people who will follow.