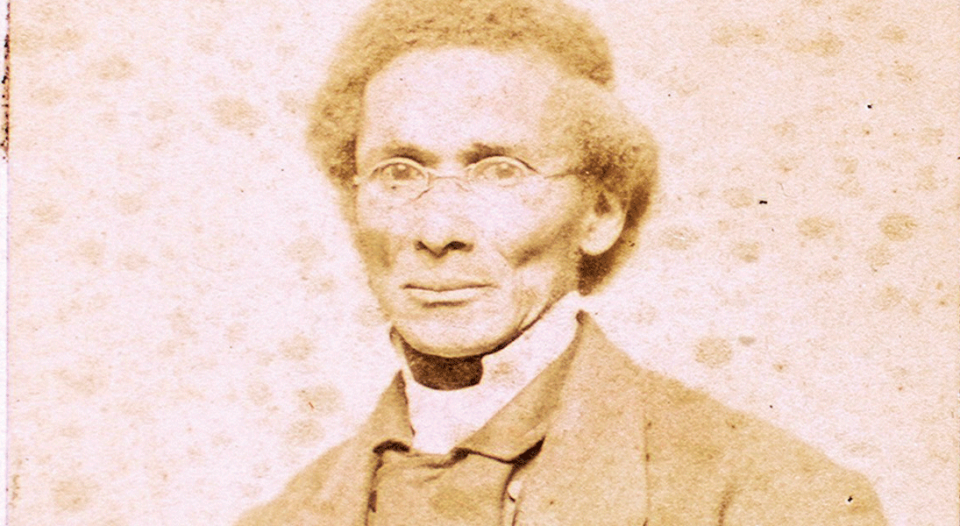 Daniel Alexander Payne was born in 1811 in Charleston, S.C. His parents, London and Martha Payne, were free African Americans who both died before Daniel reached puberty. From a young age, he yearned to study the classics and became drawn to John Brown’s Self-Interpreting Bible.

Payne desired to teach those who were enslaved. But after the slave revolts, led by Denmark Vesey in Charleston in 1822 and Nat Turner in Southampton County, Va., in 1831, slave codes were enacted and schools that educated black people were forced to close for periods. Slave codes established during the Civil War also criminalized teaching slaves to read.

Payne’s zeal for education continued when he ventured to Pennsylvania, led by a dream he’d had in which he was traveling north dressed as an educator.

In 1835, the Evangelical Lutheran Society of Inquiry on Missions offered a scholarship “for a young man of color who demonstrated talent and piety in order for that person to help with the social uplift of his people.” The scholarship was established to support an African American for four years of study at the Lutheran Theological Seminary at Gettysburg (now United Lutheran Seminary).

At first, Payne was hesitant to accept the scholarship because he hadn’t considered becoming a minister, let alone a Lutheran pastor. He decided to study at Gettysburg after reading Elements of Popular Theology by Samuel Simon Schmucker, the seminary’s president and a noted abolitionist. During the Civil War, the seminary building served as a field hospital in the Battle of Gettysburg and Confederate soldiers raided and ransacked Schmucker’s house.

According to Payne’s journals, he delivered at least 70 lectures during his time at Gettysburg (1835 to 1837). The first African American ever admitted to a Lutheran seminary, he had the use of a classroom on campus, where he taught Sunday school to the children of slaves, attended antislavery meetings and established committees for moral integrity.

On one occasion Payne walked 25 miles to give a speech and deliver English grammar books to a local ladies’ group.

Payne was unable to finish the four-year program, but the education he received at Gettysburg was significant. While there, he determined that he was called to the ordained ministry. Lying in bed, pondering his future, he heard a voice inside of him (as if from God) scream out, “Woe is me if I preach not the gospel!” From that moment on, he was convinced that he should preach for the rest of his life.

“Woe is me if I preach not the gospel!”

Payne was reluctant to leave Gettysburg but departed with the support of Schmucker and professor C.P. Krauth, who commended Payne for his success in his studies. Schmucker said he would have liked for Payne to become a Lutheran minister but thought he would do better in the African Methodist Episcopal (AME) Church.

Payne was ordained in 1839 and two years later joined the AME Church, where he would serve for the next 50 years. In 1852, he was elected as its sixth bishop, a position he held until his death in 1893.

I have often wondered why a man as gifted as Payne, with so much investment in the Lutheran church (having been ordained by the Frankean Synod), was let go and steered to another denomination—even if the AME Church was known for its activism.

It’s ironic that, in the same year of his ordination, Payne published in the Lutheran Herald and Journal of the Frankean Synod a treatise on the history of Negro protest against slavery. Seminary records suggest that his address in support of ending slavery, which he gave to a Lutheran Synodical Report in 1839, would influence a great number of antislavery resolutions later produced by his seminary companions.

Payne’s most significant achievement occurred during the Civil War, when he negotiated the purchase of Wilberforce University in Ohio. He served as its president from 1863 to 1876. He greatly expanded enrollment numbers during his tenure.

The main building on the Wilberforce campus burned to the ground the night Abraham Lincoln was assassinated in1865, and the wooden structure was later rebuilt with brick.

As bishop, Payne advanced the AME Church to become a learned body of congregants; his impact on American society was profound.

The challenge before us today as ELCA Lutherans is to continue to cultivate education, as we have always done, but also to elevate the voices of protest that may be found in the successors to Daniel Alexander Payne.

The organized protests against slavery in the 1830s by Payne and the Frankean Synod must advance in the church with advocacy to reform the criminal justice system; to increase worker rights; to protect voting rights, which are again under attack in communities of color; and to ensure adequate access to health care services, fresh food in food deserts and public transportation in underserved communities.

These efforts to support and strengthen our communities of congregants are shaping the progression of the Lutheran church body and the world as the church looks forward.