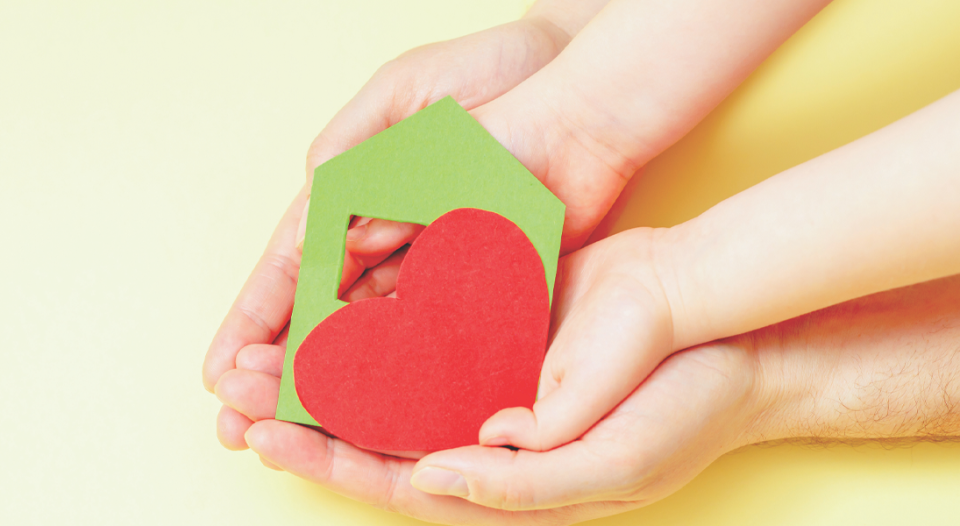 After operating a guesthouse for homeless men for more than a decade, St. John Evangelical Lutheran Church in Dubuque, Iowa, recently switched its ministry to single fathers who are caring for their children.

The congregation’s Almost Home ministry, which includes the shelter and a free clothing store, welcomed its first two families headed by single fathers in August. One father has four children and the other has five.

For 11 years Almost Home’s 12-bed shelter for men welcomed about 100 guests each year. “Upon doing a lot of exit interviews of men leaving the shelter, we found that so many were single heads of household who were homeless themselves as children,” said Gwen Kirchhof, director of Almost Home. And when men came to the congregation’s Open Closet store for clothing, bedding and household items, many would ask if there was a place to stay with their children, she added.

Kirchhof said local shelters could only accommodate mothers and children. Recognizing an unmet need, the ministry’s board asked St. John members to change the shelter from an accommodation for single men to one for single fathers and their children.

It was easy for the congregation to embrace the change, Kirchhof said, after they heard stories about the families the ministry would impact—a dad who lost his job and has several kids and a single dad whose daughter was in foster care because he was living in his car.

The congregation embraced the ministry after hearing about the families it would impact–including a dad whose daughter was in foster care because he was living in his car.

“Heartbreaking stories like these compelled Almost Home to take action,” Kirchhof said. “The men didn’t want their children to go through what they [had], and Almost Home knew it could make a difference for these kids.”

The guesthouse was closed last year for renovation, and the men were moved to other local shelters. The facility was then renovated with funds from donations and grants, including a $146,000 Big Dream Grant from ELCA World Hunger.

The shelter, situated in an upstairs classroom area of St. John’s building, now includes two small apartments and a shared kitchen. “We wanted privacy, safety and the ability to teach daily living skills in a more homelike atmosphere,” Kirchhof said.

“This new shelter is unique for our area. We want people to know that more and more single men have their children, and there aren’t places for them. No child in the United States should be living in a car or in a situation where they could be exploited.”

Jay Ilten, who recently retired as pastor of St. John, said Almost Home allows the congregation to live its Matthew 25 mission—to take care of the homeless, the hungry and those otherwise in need.

“We’re centrally located in downtown Dubuque and have access to food programs, meals and social services,” he said. “Most of the homeless people gravitate to this area of the city, so the church was well placed for this type of ministry.”

The closest shelters to Dubuque for men with children are located in Chicago, St. Louis and across the state in Sioux City, said Paul Amlin, pastor of Lord of Life Lutheran Church, Asbury, Iowa, and an Almost Home board member.

Amlin, whose congregation supports Almost Home with financial gifts and donations to the Open Closet, said he joined the board three years ago after seeing the ministry change so many lives. “When people are given hope, it makes it easy to be involved,” he said. “Churches historically have been the places and agents of social assistance. We ceded a lot of that to the government, which is wonderful, but we’re at the point that if we want to see change with social issues, churches need to take an active role.”

“We want people to know that more and more single men have their children. and there aren’t places for them.”

Kirchhof works to connect the men with employment services and community resources. “We have quite a rapport with local businesses,” she said. “They will call and ask if we have men available when they need help.”

The ministry is growing, as Kirchhof is hiring on-site staff and they’re making plans to open three more family apartments.

In June, Almost Home hosted a fundraiser that raised almost $14,000. The event included a benefit concert by 11 the Band, a musical group in which Amlin is the drummer. The band is composed of pastors and lay musicians who have been playing together since their days in seminary.

Kirchhof said the fundraiser also raised awareness of Almost Home and attracted new volunteers, including a retired social worker who will help with case management and people who want to be mentors.

“It’s the Holy Spirit at work,” she said.

“I believe in myself now”