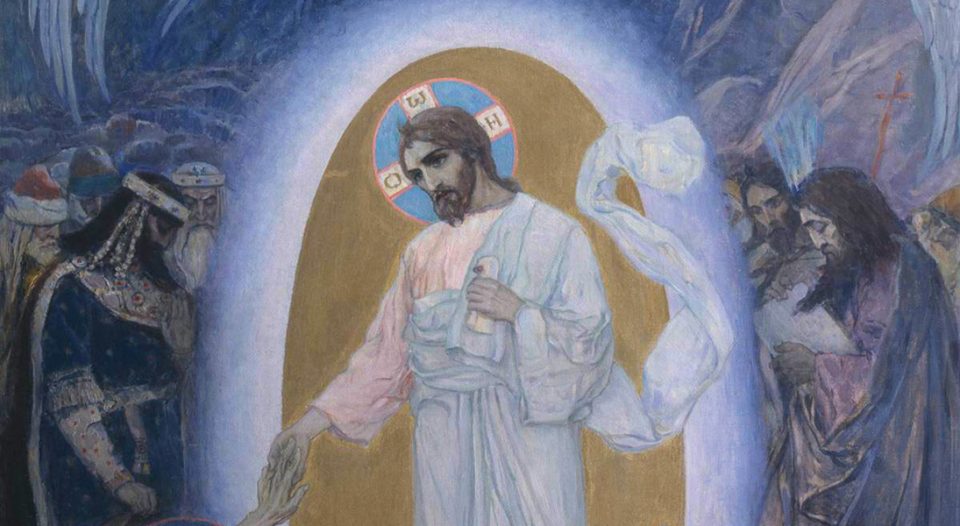 It is a fundamental conviction of Christians that life as we know it is not all there is—there is more to and beyond our temporal existence. The totality of God’s creation is greater than we can grasp or imagine. Our faith points to the promise of resurrection and life everlasting with God, who is eternally Triune—Father, Son and Spirit.

In this year when we observe the 500th anniversary of the Reformation, it is evangelically instructive and timely to remember that salvation—being justified or made righteous before God—is by grace alone (sola gratia), through faith alone (sola fide), in Christ alone (solus Christus). Of course, this confession is grounded in Scripture alone (sola scriptura). For our salvation, we give thanks and praise to God alone, for the glory is to God alone (soli Deo gloria). In this declaration about salvation, which is wholly God’s gift, it is unambiguously clear that the Christian confession is: Jesus Christ died for all, and we participate in this gift of salvation through faith in Jesus Christ.

Surprisingly, the Bible doesn’t describe heaven or hell in much detail. We only see dimly mysteries that are beyond our currently limited human understanding. What is the afterlife like? In heaven, do we all sit on clouds playing harps, or is heaven more like a renewed creation in which we will find ourselves surrounded by family, friends and even beloved pets? When will we be resurrected? What about near death experiences? Many of our current questions can’t be answered unambiguously from Scripture. Poets, artists and theologians, who have pondered the mysteries of heaven and hell from their own contexts, have shaped current popular beliefs.

The great ecumenical creeds guide us

Professed regularly at worship, the ecumenical creeds are faithful witnesses to scriptural understandings of heaven and hell. In the Nicene-Constantinopolitan Creed—the ecumenical creed of the “one holy catholic and apostolic church”—there is mention of heaven: God Creator is “maker of heaven and earth”; and the Son, Jesus, “ascended into heaven.” But in the Nicene Creed there is no mention of hell. In the Apostles’ Creed, by contrast, we declare that Jesus “descended into hell.”

This question concerning what Christians—including Christians of the Lutheran heritage—believe about heaven and hell leads us to highlight what Christians around the world and across the ages confess:

These declarations, based upon Scripture, express what Christians in both “creedal” and “non-creedal” churches believe and confess. We stand together with all faithful Christians in making these bold catholic (universal) confessions of faith.

A more fulsome response to the question “What do Lutherans believe about heaven and hell?” has been formulated in recent discussions with Christians of other traditions. In The Hope of Eternal Life (a document capturing a recent round of Lutherans and Catholics in Dialogue), it was affirmed that “Lutheran Reformers accepted without debate the traditional teaching of hell and the possibility of damnation.” Theologians of both traditions underscored that the belief that all will be saved can’t be argued on the basis of Scripture, and goes against “the majority of the New Testament” witness.

The dialogue participants went on to conclude: “In life, this closure against God is never final, but in death it becomes final. Hell is less a divine condemnation than a result of our own decision.” (See especially pages 50-57 in the 2011 publication by Lutheran University Press.)

Lutheran theology accepts the reality of hell. We aren’t called to judge who is going to hell, nor should we allow the fear of hell to determine how we live. The creeds and Lutheran Confessions proclaim that Christ descended into hell and destroyed it for all believers. Wholly, by God’s grace alone, Christ has snatched us from the jaws of evil and the “gates of hell” will not prevail against our election.

We need not fear hell. We need not strive to earn our way to heaven by being good people. To do so would be futile, an impossibility. Through the Spirit, we are called to live in the gracious hope of what God has done for us in Jesus Christ. In that promise, we proclaim the good news, serve all people, and strive for peace and justice.

Deeper understandings: To what end?

Deeper understandings: How the Lutheran Confessions unite us