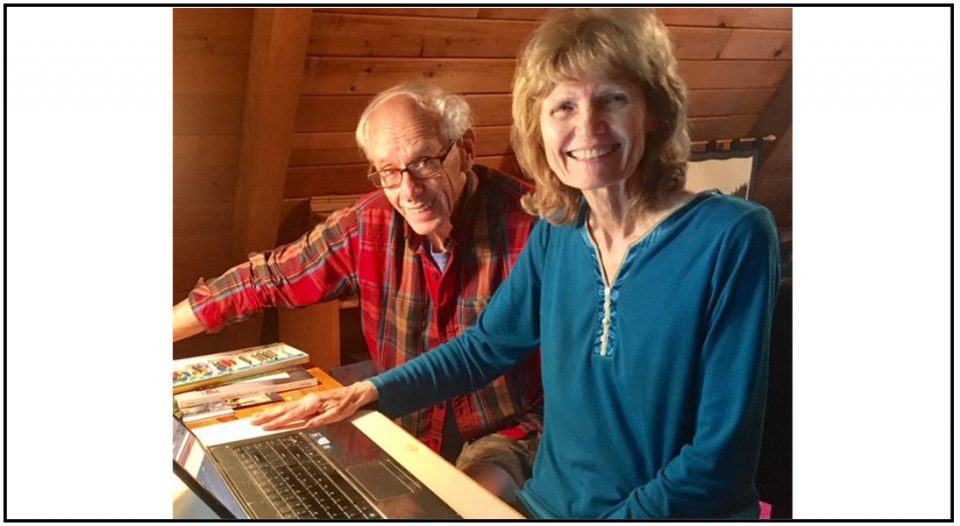 Editor’s note: Ronald and Abby Johnson are members of St. Mark’s Lutheran Church in Springfield, Va., and have been writing a weekly blog on the life of Martin Luther called LutherFacts. As members of their congregation’s Reformation 500 Committee – and as retired university professors – they offered their special skills to this assignment to provide interesting and unique content for their congregation’s newsletter and  bulletin on Sundays.

Additionally, the ELCA Metropolitan Washington, D.C., Synod is reformatting these brief historical and cultural facts on Luther’s emergence as the key figure in the Reformation and is sharing them in a variety of communications.

Here is the Johnsons’ account of their experience, what led them to share their insights, and how the process has come together.

Our first steps toward becoming bloggers began in January 2017. That was when we joined the 500 Reformation Committee at St. Mark’s Lutheran Church in Springfield, Va. At our first meeting, we volunteered to help spread the word through social media about Martin Luther’s role in the Reformation. We envisioned this as an opportunity to join others in spreading the word about the man who, according to historian Martin Marty, “changed the world” on Oct. 31, 1517.

We made this commitment based on a vision of combining historical perspective with social commentary in order to meet our congregation’s need for new insights during this special year of commemoration. At first, we felt a little overwhelmed by what we had signed up to do. As we posted the first blogs, however, we sensed that our professional training and personal stories both worked to sustain a role as bloggers for Luther. In this way, we initiated the quest to discover and publish LutherFacts, as we decided to call them.

Before we go into further detail about our effort and our respective backgrounds, we want to make clear that LutherFacts emerges from a team effort. Chris Michaelsen, chairman of St. Mark’s 500 Reformation Committee, provides strong support for our effort on social media, as do other members of the committee. We depend heavily on the congregation’s communication group, including Trudy Stellar, editor of the congregation’s online newsletter, and Cheryl Dwyer and Kathy Flanagan, who post the blog on the congregational website. The Rev. Albert Triolo, who encouraged our effort from the outset, and his administrative assistant, Kathia Rojas, make sure the blog is included in the Sunday bulletin. At the Metropolitan Washington, D.C., Synod headquarters, Communications Director Karen Krueger reformats and tweets the blog out to the other synod congregations. Working together, we are able to provide a weekly blog on the life of Luther to a large group of readers.

We come to this task with a combination of personal and professional backgrounds that have proved helpful. Both of us were raised in religious traditions rooted in the Reformation. With a father who was an ELCA pastor, as well as her grandfather and two uncles, Abby almost intuitively appreciates the significance of Luther. As a former Presbyterian, Ron shares her feelings and appreciation of the Reformation. They resolved their differing Protestant traditions in graduate school, where they met. After Abby accepted his proposal to marry, Ron suggested that if Abby would become a Democrat, he would become a Lutheran. She agreed. The bargain has held, followed by marriage, three children, and two careers in academia.

Those professional years remain important for us in other ways. They produced a number of academic publications by Abby in literature and Ron in history but also many that were co-authored. That collaborative spirit has remained alive during our retirement years. The opportunity to co-author a blog about Luther represents a chance to once again work together on a significant project. As one might imagine, co-authoring can be a challenge in developing a text that accommodates two views of the material. On the other hand, jointly authored writing offers the possibility of additional insights as a common topic is explored for different insights from the authors.

As newly christened bloggers, we first sought to understand the nature of a blog. The word is coined from the term web-log, which originally was defined as a running account of events, either personal or informational in nature. Originally blogging began as single-authored postings but has broadened to include multiple authors, which is what attracted us to the idea. There is usually a thread that links the successive postings. In our case, Luther’s life and his actions as a religious reformer became the thread that has held our LutherFacts together over these months of posting them.

Our original goals were modest. We simply wanted to post facts about the man behind the myth, to gain new insights into an individual we had heard about our entire lives. 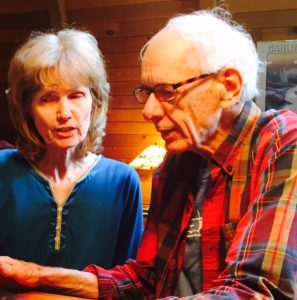 Very early on in our effort, we came to understand that much more would be required. There exists a vast body of scholarship on Luther that has to be honored. We especially want to be sure that our effort is based on the work of those who have already dug deeply into the life of Luther. We began with Roland Bainton’s “Here I Stand: The Life of Martin Luther” (1950). We have worked hard to become familiar with both the classic studies of Luther as well as the avalanche of books and articles now appearing on the Reformation.

At the same time, we realize that what we are doing has an even more challenging purpose – to share our in a way that is clear and direct. To achieve that, we need to employ our research backgrounds but keep things focused and brief. The great joy we have found in creating LutherFacts is the meeting of those twin goals: faithfully honoring the existing scholarship and effectively relaying that information to our readers.

In our effort as bloggers, we have found Luther a kindred soul. He too was an individual who loved language and sought timely ways to reach his audiences. He believed in the power of words to affect change. He was, without question, the most important writer of the Reformation. In the years after posting of the 95 theses in the fall of 1517, Luther came to dominate the religious debates that unfolded in Europe.

In 1521, for example, one of his opponents exclaimed that “Every day it rains Luther books,” as noted by historian Alec Ryrie. His book “Protestants: The Faith That Made the Modern World” (2017) affirms that Luther used the new printing press to reach increasing numbers of readers. “Luther’s literary achievement has no parallels in the whole of human history,” he writes. In all, Luther produced 544  books, pamphlets and articles, an average of about one every three weeks. In 1523 alone, Luther authored 55 publications, and during that year, throughout Europe, 390 editions of his books appeared in print.

With Luther as our mentor, we have sought to tell his story to our readers. We have tracked him from his student days to his famous stand taken at the Diet of Worms. We have written about his marriage to Kate von Bora, whom he called “The Morning Star of Wittenberg” because she rose at 4 a.m. to do her work. We have highlighted his debate with Johann Eck, who derisively called his followers “Lutherans,” a term they adopted despite Luther’s resistance to do so. These are examples of our LutherFacts, most of them known but often forgotten over time. Our job is to re-introduce them to our readers.

It is for all of the above that we see ourselves as bloggers for Luther. We are fortunate to be able to share our insights on this incredible man and his role in the founding of the Reformation. We are learning a great deal and trying, to the best of our abilities, to share what we learn. Our hope is that on Oct. 31 our readers will be able to more fully appreciate what happened that day 500 years ago and how it affects our lives in so many ways.