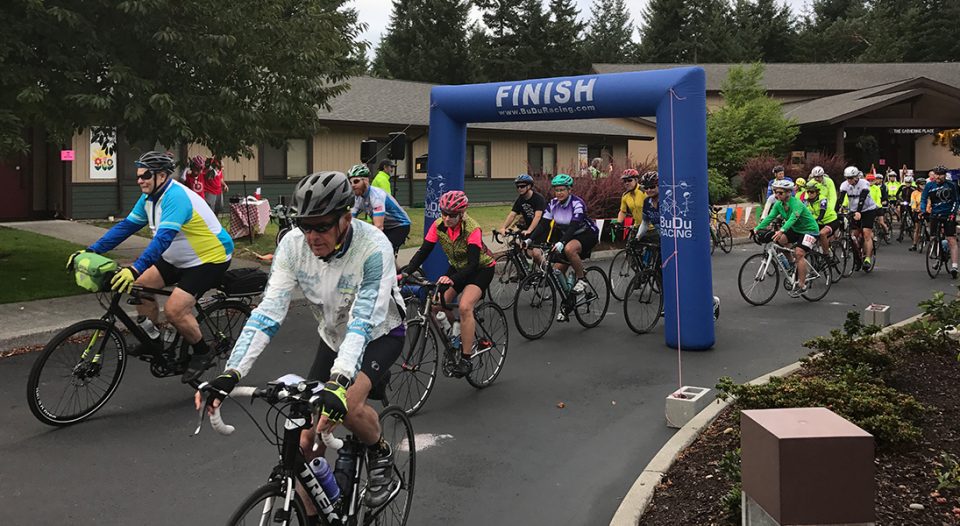 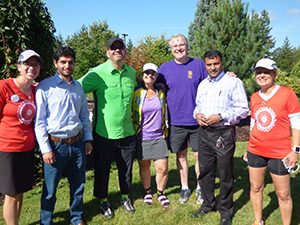 Representatives from five congregations in this 500th anniversary year of the Reformation partnered with the community to help their global neighbors. The congregations were  Silverdale Lutheran, Poulsbo First Lutheran, Vinland Lutheran in Poulsbo, Bethany Lutheran on Bainbridge Island and Our Savior’s Lutheran in Bremerton.

A core group of volunteers, including a teacher, stay-at-home mom and Lutheran pastors, got together in September 2016 and decided to organize the event to create unity and a shared mission. Over the course of a year of planning, the world changed and the need for funding and public awareness about refugees and immigrants increased.

The Rev. Sigi Helgeson (at left with planning team) said, “We began to plan this ‘Reform: Ride for Refugees’ a year ago before the presidential election, before the travel ban and reduction on refugees being resettled, and before the immigration policy changes that have taken place in the last year. With DACA, the Deferred Action for Childhood Arrivals being rescinded by executive order, it seems now more than ever we need to do this work.”

Five volunteers began planning and the group grew to include over 40 volunteers helping with the planning, organizing and carrying out the vision of the race. Along the way, sponsors also 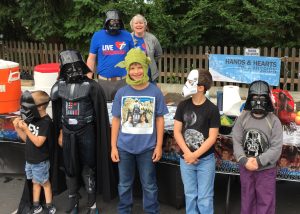 Among the themed pit stops was “Star Wars” by First Lutheran and Vinland Lutheran, both of Poulsbo, WA.

Riders started and ended at Silverdale Lutheran Church and stopped at several aid stations sponsored by and on the grounds of Vinland Lutheran and Poulsbo First Lutheran, as well as Our Savior’s Lutheran, which hosted a station in a park.

Riders said they enjoyed the ride because it was challenging and scenic on the Kitsap peninsula  but also because it was well organized, ended with a beer garden and raised money for a worthy cause. A refugee family from Iran that resettled in Bainbridge Island through the support of LCSNW participated in the event, and several riders said it was the first time they had seen a refugee, which brought a local connection to the refugee problem.

KIAC has helped over 800 people from 34 countries through services such as providing clothing and legal aid. For more than 40 years, LCSNW has welcomed more than 35,000 refugees to Washington and Oregon. Co-directors Sigi Helgeson and Allison Pringle said the money raised was a huge boost for the cause, but the impact of connecting people, congregations and the larger community was the best measure of success.