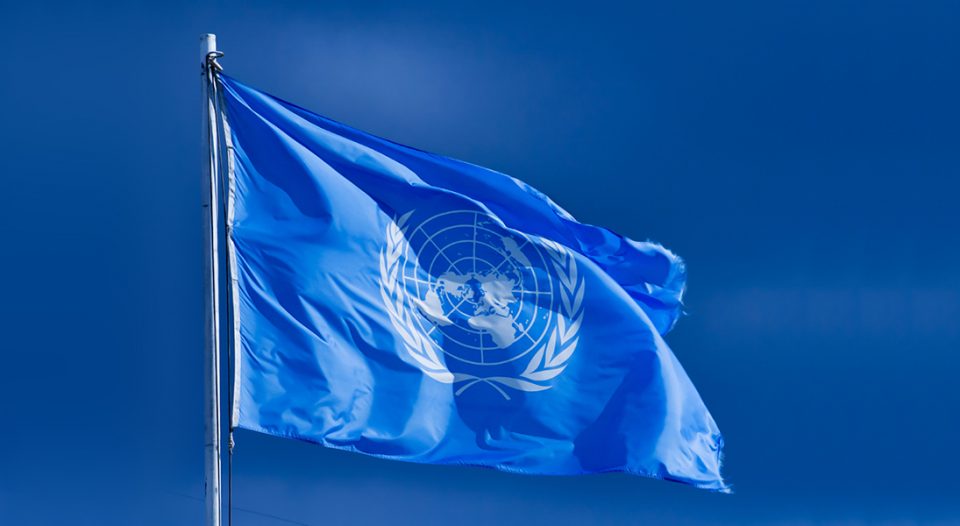 Editor’s note: With global migration on the rise and cultural polarization increasing, there is a pressing need for peace among neighbors and nations. In our series “Lutheran legacy of peacemaking,” we’re exploring Lutheran contributions to the Christian tradition of peacemaking. The series will culminate in September in conjunction with the International Day of Peace (Sept. 21).

“Freedom of religion is one of the inalienable rights of all members of the human family as the foundation of freedom, justice and peace in the world.” In this way, Otto Frederick Nolde summarized the discussion on Article 18 of the U.N. Universal Declaration of Human Rights (1948) in a little book, Free and Equal (World Council of Churches, 1968).

One of the ironic tragedies of our 21st-century world is that many of our global conflicts are over religious differences or claims to power and oppression using religion as a cover. Everyone has the right to live “Life in All its Fullness,” as the National Council of Churches titled its 50th anniversary edition of the Universal Declaration (1992), with the subtitle “The Word of God and Human Rights.”

In the Reformation tradition, we affirm that we witness to the gospel of God in Christ not by force, oppression or dominance, but by persuasion and proclamation, inclusivity, generosity of spirit and justice. As the psalmist sings, we look forward to the day when “when righteousness and peace will kiss each other (Psalm 85:10).”

Nolde, a professor of Christian education and dean of the Graduate School of the Lutheran Theological Seminary at Philadelphia, flew across the Atlantic countless times to help draft Article 18. It declares:

When this article defending the inalienable right for freedom of religion was adopted in 1948, it was in the context of cynicism about the possibility of peace between world powers following World War II and renewed tensions in Korea especially.

Nolde insisted that this fundamental right does not only pertain to the freedom to worship, which oppressive governments might tolerate, but also the freedom of religion and even—as Article 18 says—the freedom to change one’s religious beliefs despite the dominance of a particular religion in a country. Furthermore, its inclusion of “teaching, practice, worship, and observance” recognizes issues that disturb the peace even within religious traditions.

Seeking to fulfill our baptismal promises

In his reflections on the historic debate surrounding the article in the United Nations, Nolde notes that many nations argued against freedom of religion. But the pivotal speech in the final plenary debate of U.N. General Assembly in 1948 was made by Muhammad Zafrulla Khan of Pakistan—a Muslim and a well-known member of the International Court of Justice. In Free and Equal, Nolde quotes Khan in part:

Islam is a missionary religion. It claims the right and the freedom to persuade any man to change his faith and accept Islam. Surely and obviously, it must equally yield to other faiths the free right of conversion. … We therefore have the greatest pleasure in declaring from the rostrum that we shall support this article as it stands, without any kind of limitation upon its operation whatsoever.

As there are voices in the United States that are fearful of the teaching, practice, worship and observance of other religions both here and abroad, we would do well to ask ourselves the questions that “Life in All its Fullness” poses on Article 18:

Peace is a journey to which many in the Lutheran church have contributed across centuries. We would do well to reclaim those contributions as we seek to fulfill our baptismal promises to “proclaim Christ through word and deed, care for others and the world God made, and work for justice and peace” (ELW, 228).

Philip Krey
Philip Krey is pastor of St. Andrew Lutheran Church in Perkasie, Pa., and the Ministerium of New York Professor of Church History emeritus at the Lutheran Theological Seminary at Philadelphia.