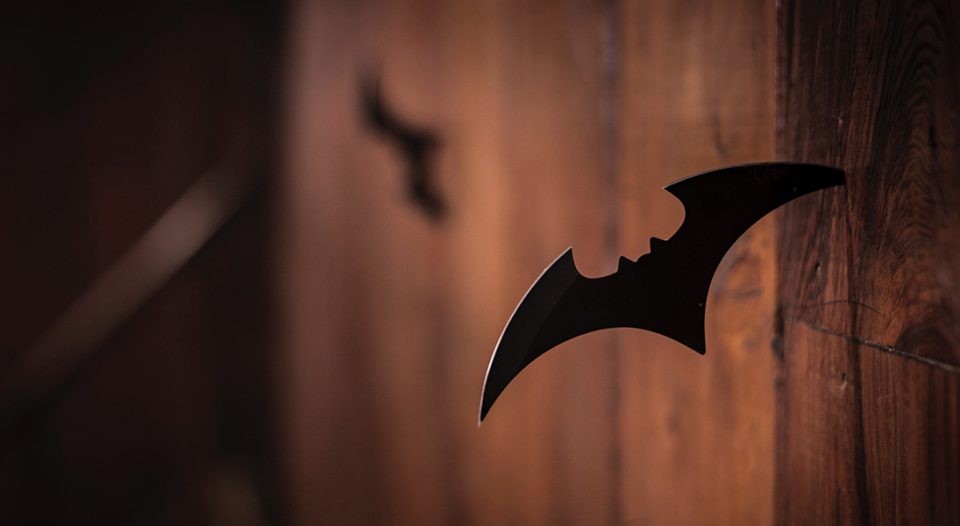 Protected by the night, a gang of street toughs bully a young initiate into attacking an innocent bystander. But as the boy hesitates and the bystander pleads for help, heavy footsteps echo from a nearby tunnel. With every step punctuated by composer Michael Giacchino’s thundering score, Batman emerges from the shadows, slowly, menacingly.

“Who [are] you supposed to be?” barks the gang’s leader, trying to be cool. He lunges, but Batman counters, throwing the thug to the ground and punching him not once, not twice, but too many times. Even the rescued bystander looks on in horror as Batman tosses the thug aside and answers the question.

Directed by Matt Reeves (and cowritten by Reeves and Peter Craig), The Batman follows Bruce Wayne (Robert Pattinson) in his second year as the titular superhero. Haunted by the murder of his aristocratic parents, Bruce puts his wealth and privilege to use as a creature of the night, determined to terrify evildoers.

Unlike most portrayals of Batman as a righteous defender, The Batman tells of an obsessed young man initially convinced that his is the only way to do good. As he investigates a series of murders by the Riddler (Paul Dano), Batman frequently butts heads with those who would be his allies.

Most notably, the mysterious Selina Kyle (Zoë Kravitz) agrees to work with Batman as she searches for her missing friend Annika (Hana Hrzic). When she uncovers a lead about Annika’s whereabouts, Selina abandons the hunt for the Riddler to learn more, infuriating Batman.

Selina knows the desperation of living without means and the behavior of such powerful men as mob boss Oz “The Penguin” Cobblepot (Colin Farrell), so she knows that Annika needs help. But to a rich man such as Bruce Wayne, the problems of one low-income woman do not at first merit a disruption in his case.

To dismantle privilege, one must do the difficult (but inherently Christian) work of confessing and repenting from the sins that follow privilege.

Unhealthy priorities, in both personal lives and systems, are a consistent theme of The Batman. In the real world and in the film, privilege can mute compassion in every form. Whenever we think we’re better than someone else, that our problems matter more than those of others, we lose an opportunity to care and learn. Jesus himself put the matter bluntly when he observed, “It is easier for a camel to go through the eye of a needle than for someone who is rich to enter the kingdom of God” (Matthew 19:24).

The same principle extends to white privilege, which threatens the work of the church. Because of white privilege, “so many of our siblings in Christ don’t feel welcome in the ELCA,” wrote Yolanda Denson-Byers and Shari Seifert in the January 2020 issue of Living Lutheran.

Denson-Byers and Seifert called on members of predominantly European-descent ELCA congregations to do more than simply apologize for sins caused by privilege, to actively and intentionally “become anti-racist Jesus followers, committed to dismantling white privilege both inside and outside our churches.”

That can be hard work. All privilege, whether economic, racial or otherwise, comes from forces beyond the individual, and it can often feel natural to continue in that privilege when it isn’t disrupted. To dismantle privilege, one must do the difficult (but inherently Christian) work of confessing and repenting from the sins that follow privilege.

Because breaking privilege is so painful but also so crucial, a popular movie such as The Batman is all the more important. Throughout the story, Batman learns the limitations of vengeance and the importance of making room for others’ experiences and perspectives.

Unique among superhero films, The Batman isn’t the story of an exceptional individual who always does the right thing and saves the day. Rather, it’s the story of a rich white man who comes to understand his privilege and learn from others. Only then, he realizes, can he do actual good in Gotham City; only then can he become more than just vengeance.