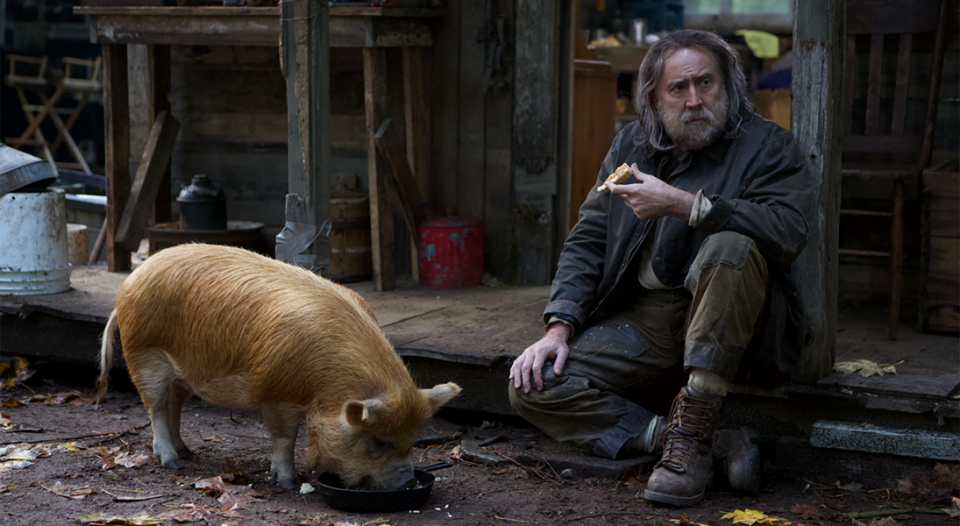 For the first 30 minutes of Mass, nothing much happens. Sitting in the nondescript basement of a Midwestern church, two couples—Jay and Gail (Jason Isaacs and Martha Plimpton) and Richard and Linda (Reed Berny and Ann Dowd)—ignore the tension engulfing them and make inoffensive small talk.

But when Linda’s face melts into tears, everything changes. The couples talk honestly, and we begin to understand why they’ve come. Six years earlier, Richard and Linda’s son shot and killed several young children at a school, including Jay and Gail’s son.

Throughout the film, the couples hurl insults and accusations at one another, make startling confessions and express heart-searing grief. Underpinning all these emotions is a plea, a demand, for compassion. More than anything else, these four people long to be acknowledged as human beings, worthy of love and respect.

The directorial debut of actor and writer Fran Kranz, Mass is one of the best and most important films of 2021, not just because it deals with gun violence. Mass is one of many movies from last year that beg viewers to treat their complex characters with compassion.

Mass is one of many movies from last year that beg viewers to treat their complex characters with compassion.

In the Danish action comedy Riders of Justice, written and directed by Anders Thomas Jensen, a mathematician (Nikolaj Lie Kaas) and a solider (Mads Mikkelsen) find their simple revenge mission undercut by the complexities of chance and human behavior. Writer-director Jane Campion’s majestic period drama The Power of the Dog follows the ripple effects of repression, which have transformed a sensitive scholar (Benedict Cumberbatch) into a loud-mouthed bully.

The call for compassion drives one of the best scenes from 2021, in writer-director Michael Sarnoski’s drama Pig. On a quest to find his kidnapped truffle pig, the bedraggled Rob (Nicolas Cage) and his business partner (Alex Wolff) speak to Derek (David Knell), chef and owner of a trendy restaurant. Although Derek begins the conversation with a fake smile, his demeanor changes when he recognizes the filthy Rob as the great chef Robin Held, for whom he once worked.

The questions Rob asks Derek initially seem like attacks, belittling insults to his former student. But as the background noise drops to a low hum and the camera slowly pushes toward the two men, we see the kindness in Rob’s observation that “none of this is real”—not the acclaim or the critics or even Derek himself. Derek is living a lie, cooking lucrative fancy cuisine instead of following his passion for pub food. Kindness radiates through the clumps of mud, hair and blood on Rob’s face as he reminds Derek, “We don’t get a lot of things to really care about.”

By rejecting judgment and embracing compassion, Pig and other great 2021 films recall our job as Christians living in a fallen world. Romans 12:2 commands us, “Do not be conformed to this world, but be transformed by the renewing of your minds.” Time and again, we’re reminded that the pattern of the world is accusation and condemnation but that God is love (1 John 4:7-21).

Attentive viewers will see that principle at work in Mass. As the four characters rage and cry, we see on the beige wall behind them a simple wooden cross. No matter what we viewers may think about the people onscreen, that cross reminds us that God loves the world—even broken, messy people such as these. We are called to do the same.

Dignity, details and In the Heights